MORE FROM THE FRINGE - 24 HOUR PLAYS 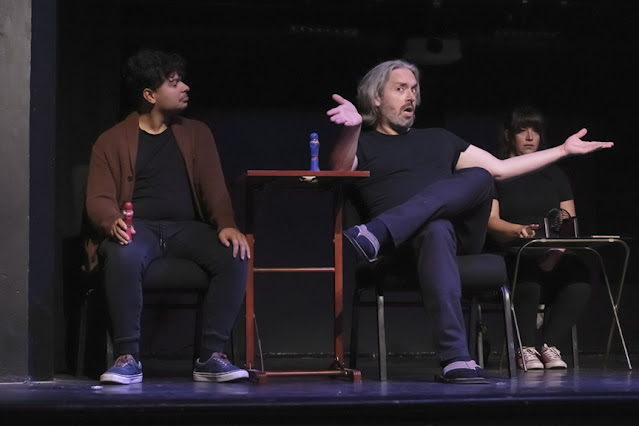 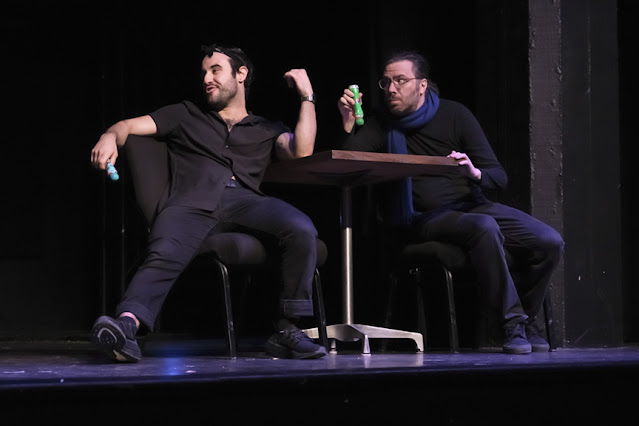 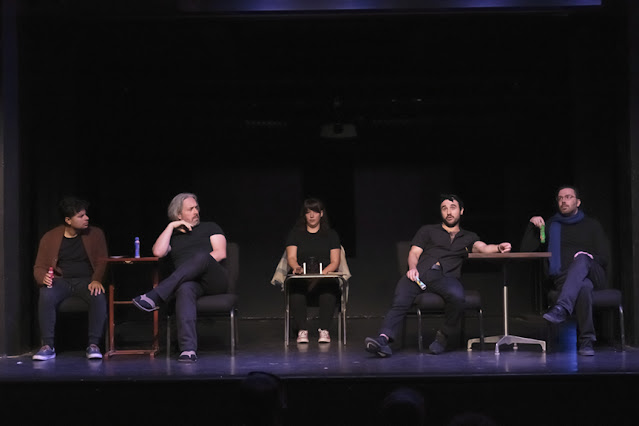 The set-up: a group of actors get together with some rough ideas, some props and maybe bits of costume. They have 24 hours to turn this into three 20 minute plays, write it, memorize it, rehearse it and go. The first, shown here, was called Waiting For Bingo(t), Horrible, horrible pun, as will become clear.

Four bored characters sit at an achingly slow bingo game, while the one in the middle calls numbers at an irregular pace. It becomes apparent that this is purgatory, where the inhabitants have nothing to do but play bingo for years, centuries or even millennia. The only way out is to complete their card and win. It doesn't happen often. Near the end, we learn that the man second from left is Adam.

That sounds creative and weird.