MORE FROM THE FRINGE - MESSES 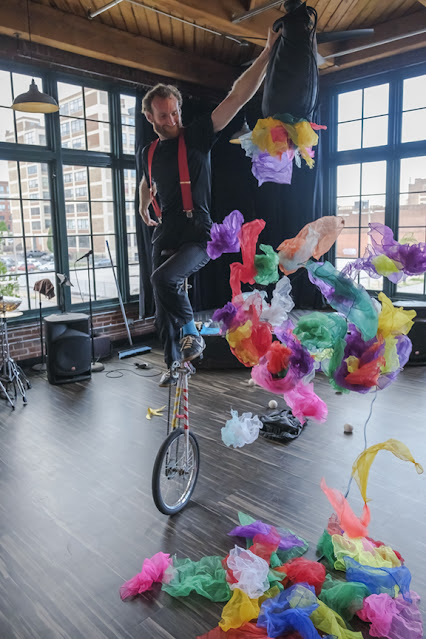 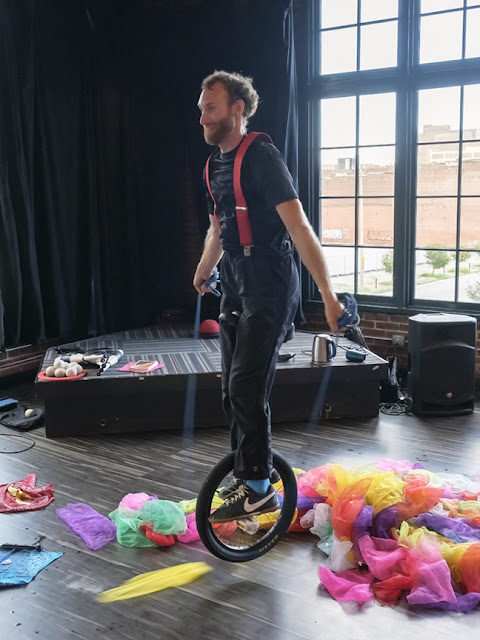 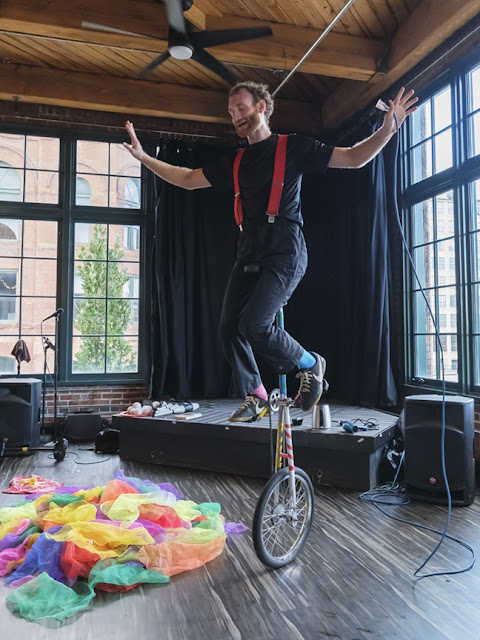 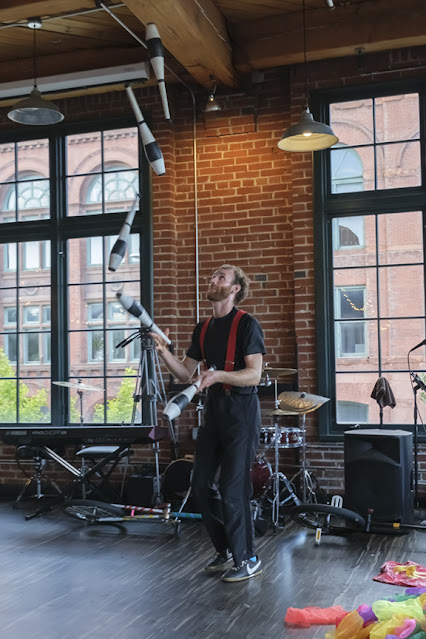 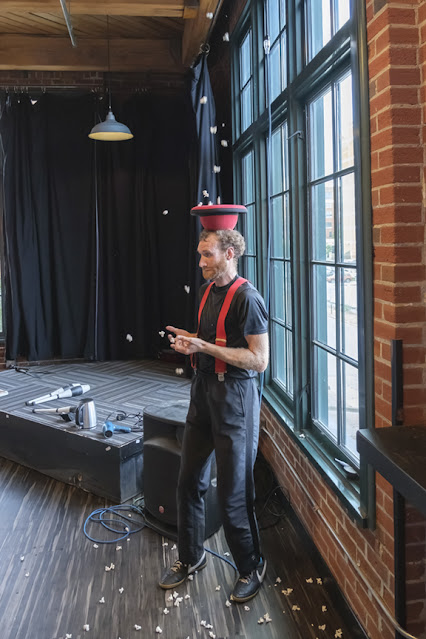 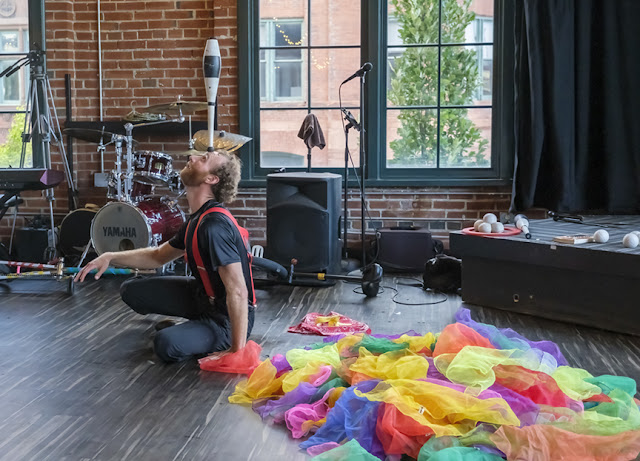 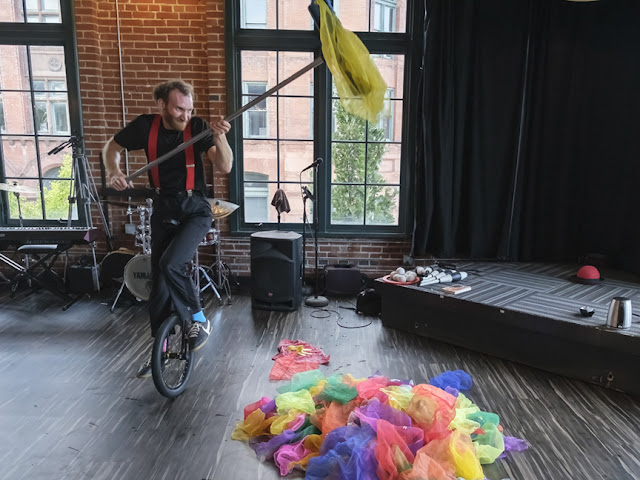 Okay, yes, a lot of pix but this was my favorite show. Janoah Bailin is from Portland, Maine, where I will be setting down in a couple of weeks (more about which later). He is a juggler, comedian and unicyclist extraordinaire. His performance, MeSSes, is full of them, but all for a reason.

He does things like teach audience members to juggle using scarves - they move slowly and hang in the air. He jumps rope while riding a unicycle (there's some air under the tire in the second photo), and stays stationary on the device while reading aloud a section of a book on the literary uses of metaphors. He has a popcorn maker attached to the ceiling that explodes kernels into his upturned hat. He makes a cup of tea by dangling a teabag from a cord for three minutes while on the unicycle. And on and on. It's a hoot.