MORE FROM THE FRINGE - CONFESSIONS OF A NIGHTINGALE 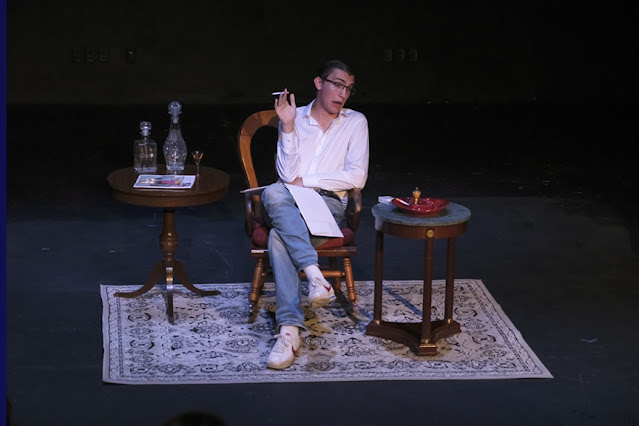 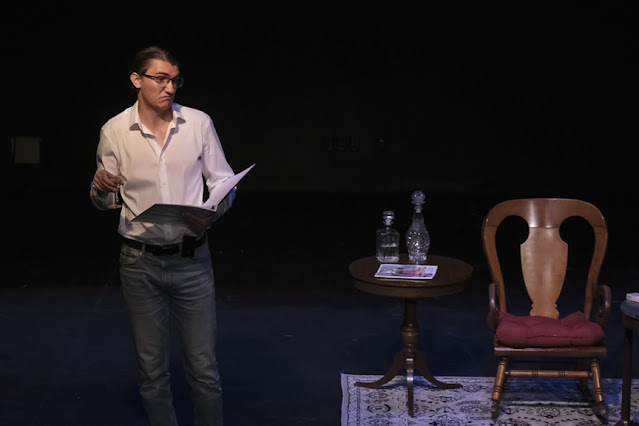 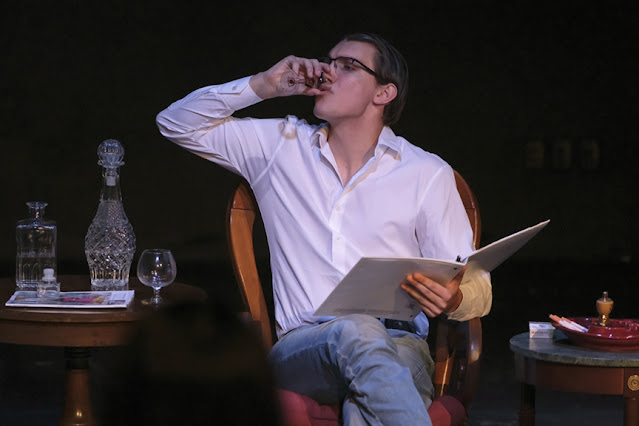 Confessions Of A Nightingale is a one person show in which Tennessee Williams chats with the audience about his life, his work in the theater, his relationships and his vices. It is a fascinating look at a troubled genius reminiscing about his career.

The show almost had to be canceled. The original actor was diagnosed with Covid. Dominic De Cicco stepped in on a  couple of days notice and did a fabulous job. He had just the right amount of Southern drawl and sneer on his lip. Although he kept the script with him he hardly seemed to glance at it.

Although Williams was born in Mississippi he grew up here and eventually attended the University of Missouri. He is buried in Calvary Cemetery in St. Louis.

I didn't know about the St. Louis connection.