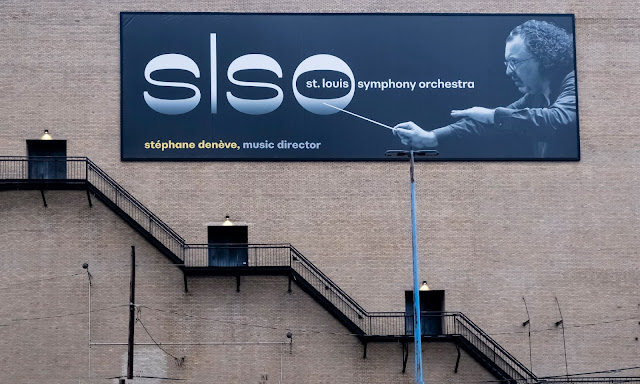 We are fortunate to have a top-tier symphony orchestra in a medium size city. It is the second oldest in the country after New York. Mrs. C and I have been subscribers for more than 40 years. I took her here on our first date (Mahler 1st, Walter Susskind conducting, but I don't remember what she wore). She probably wondered what she was getting herself into.

We love our new music director, Stéphane Denève. I don't know how these conductors juggle two jobs but he still has his old one as music director in Brussels, plus being principal guest conductor of the Philadelphia Orchestra. His much admired predecessor, David Robertson, was simultaneously music director in Sydney during his last few years here. A lot of airplane time.
Posted by Bob Crowe at 12:01 AM