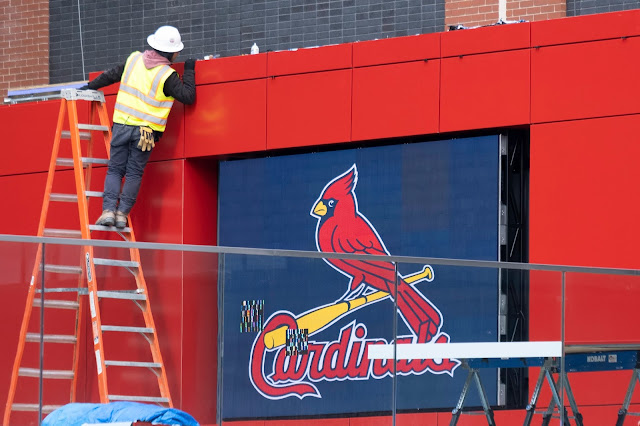 Like many kids, I was interested in professional sports. There are memories of happy days in the cheap seats in Yankee Stadium, when a boy could buy a  ticket on the day of the game for what was in his pocket.  There were the occasional Giants and Rangers games. Over the years I have soured on the whole thing, the big money, mass marketing, emotional manipulation business.

But there is still a fondness for baseball as such. I enjoy the game for its flashes of great athleticism and subtle strategies, going to a couple of games a year, particularly if someone else is paying. Pre-season training is starting now. The season itself begins about the first of April. Workers are preparing the stadium and adjoining attractions for all the fans willing to pay the (now very high) asking price.
Posted by Bob Crowe at 12:01 AM

The expense probably keeps a great many people away.