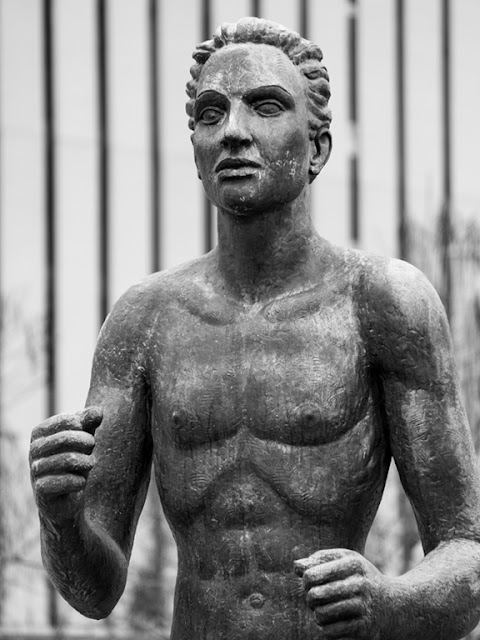 The statue known as The Runner in Kiener Plaza. He's been in the same race for many decades and never reaches the finish line. It has an interesting history. Harry Kiener was on the U. S. track team in the 1904 Olympics, held in St. Louis. The sculptor, William Zorach, was a Jewish Lithuanian immigrant. The model for The Runner statue was Rabbi Peter J. Rubinstein. He posed as the lithe young runner when he was a 22-year-old rabbinical student.
Posted by Bob Crowe at 8:01 AM

That is an interesting history.