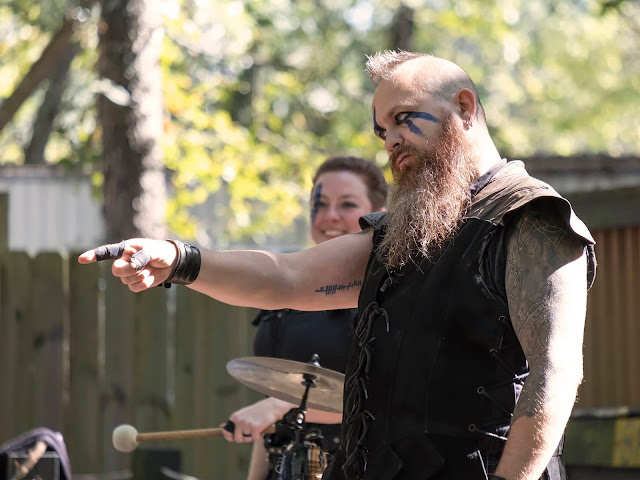 Lots of places in the US have what they call a Renaissance Faire. The conceit is that an area is supposed to be converted into a slice of 15th or 16th Century Europe. The one here is loosely based on our sister city relationship with Lyon, France.

But that all falls apart quickly. People dress up as faeries, pirates, elves, monsters or whatever suits their fancy. There are lots of shows and they don't necessarily have a thing to do with the Renaissance. This bunch of make believe Bravehearts call themselves Pictus, probably after the people who inhabited eastern and northern Scotland a long time ago. ( https://en.wikipedia.org/wiki/Pictshttps://en.wikipedia.org/wiki/Picts ). It's a bagpipe and drums with a pretend fierce attitude. For all I know they could be pussycats at home.

Have you ever listened to bagpipes for an extended period of time? I have. It is either A) an acquired taste or B) the road to madness. 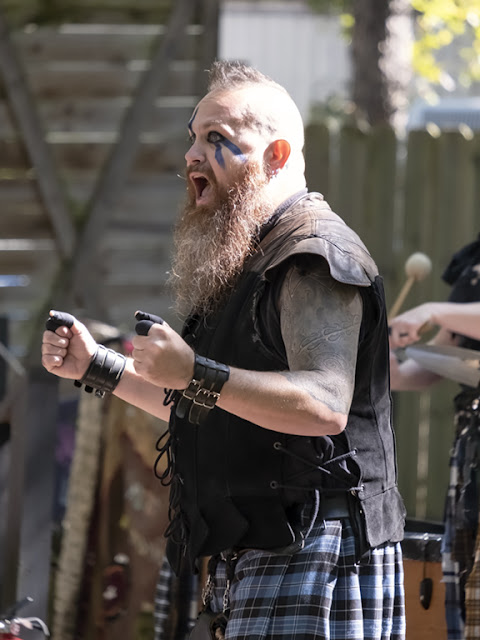 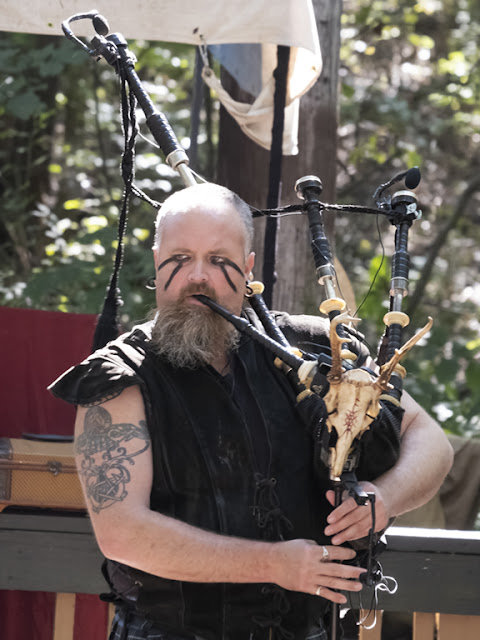 He seems to be a brave man. clipping path service