RAILROAD ACROSS THE MISSISSIPPI 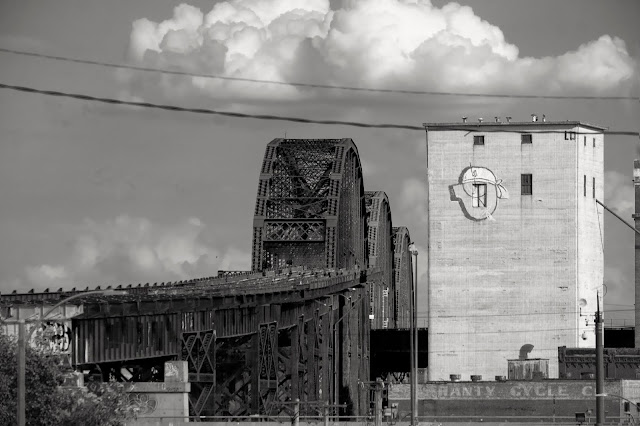 There is some complicated theory about why Chicago, rather than St. Louis, became the railroad hub of the Midwest US. We are more central but, if nothing else, Chicago doesn't have that big river in the way.

This is an old, big rail bridge across the Mississippi. It is on the southern edge of downtown with three hard arches crossing the river. I don't know what the boxy, blank building on the right used to be, or how someone hung out that window to paint a simplified face. Must have had some cliff climbing skills.
Posted by Bob Crowe at 12:01 AM

It would have definitely required ropes! A good looking bridge.