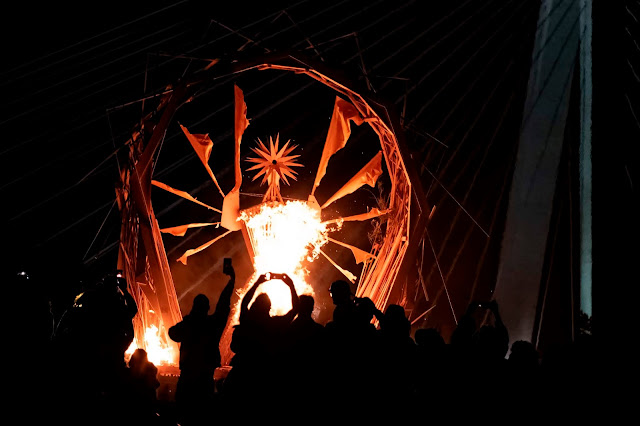 As noted earlier, the Sunday night of Artica ends with the immolation of a wooden effigy, Our Lady of Artica. The central figure is essentially the same every year but the details and surroundings vary. I liked this year's version with the multiple arms/flags suggesting a Hindu deity and the halo-like structure surrounding all of it.

These pix could be better. I was seated some distance away and didn't have a tripod. What was scary was that part way through the burn a gust of wind blew up from the northwest, sending a blast of fire toward the crowd on the right of the lower picture. The crew were all in professional fire protection suits and several members of the STL fire department were on hand. Still, I'm told that some of the audience had a wow, cool man attitude and didn't clear out quickly. Fortunately, no one was hurt. 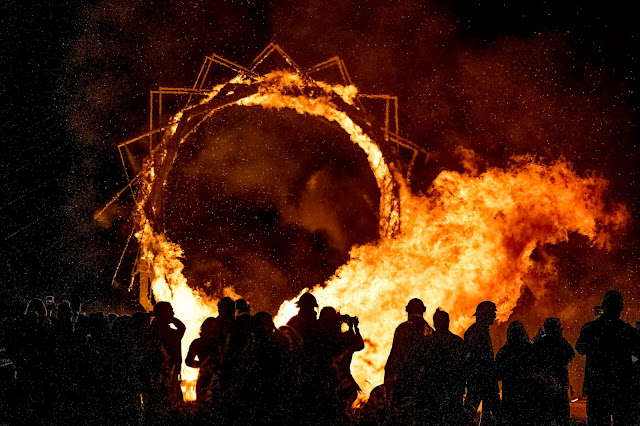