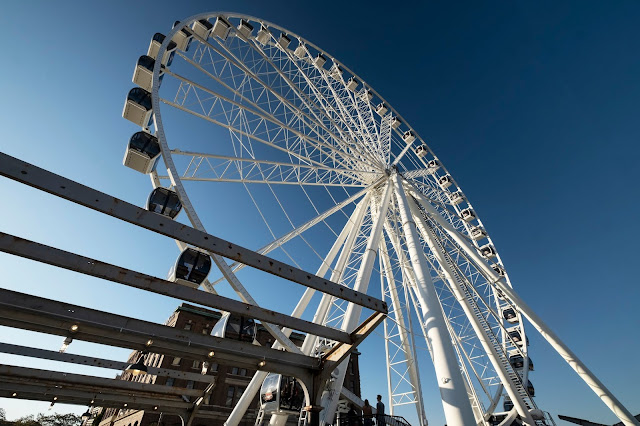 We have a grand old railway station that, like so many in this country, fell into disuse and decay. There have been some attempts to resurrect it over the last couple of decades. The headhouse was converted into a grand hotel, which is apparently doing well. The large area under the train shed was filled by restaurants, a food court and quite a number of shops where I wouldn't spend money. All that failed.

Now another developer is moving forward with a new plan. A big Ferris wheel, covered with colored LEDs at night, opened a few weeks ago. A fair sized aquarium will be ready by the end of the year. There is a lagoon that, on the half hour, has a music show punctuated by explosive fireballs. (I'll have a post about that some day.) There will be mini golf and I don't know what else. Hope this version makes it.

New York late this afternoon. If I can make it there, I'll make it anywhere. 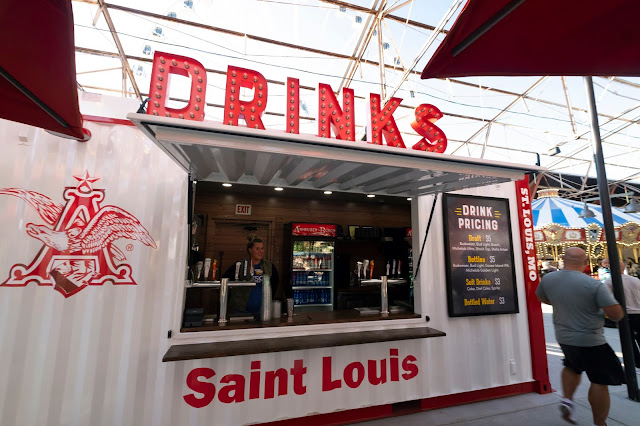 I haven't been on one of those since the fall fair days growing up. This one looks considerably bigger than those ones ever were.