In the late 19th Century, there were a number of events in which the US government opened up previously restricted federal lands to settlers. They were often a first come - first claimed race for homesteads, known as land rushes or land grabs. The largest was in Oklahoma, https://en.wikipedia.org/wiki/Land_run . No one said the land was, um, empty.

A couple of our stalwart Articans ran their own version during the festival. At a signal, a couple of dozen people ran across a rough field to claim their pieces of turf. A few indigenous residents already happened to be there. They were ignored or bowled over. I tried to photograph the melee inside the homestead zone but there was such chaos that I would have needed a platform or crane to get above the fracas. There was a lesson to be learned here but most people were too busy with their beer. 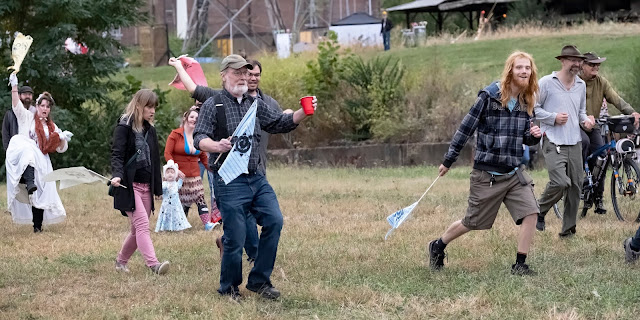 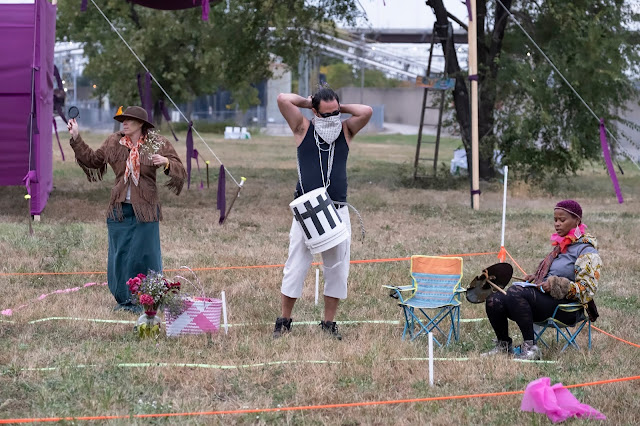