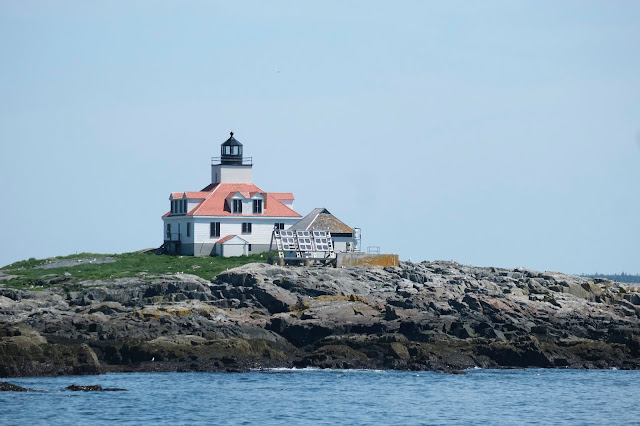 We are on a large-ish island just off the coast of Maine. It's several times the size of Manhattan. Odd name, since it's very green. A French explorer, Champlain, I think, noted three bald mountain tops as he sailed by.

The economy is based on tourism and the season is short. It doesn't get into full swing for a week or two. We took a boat ride Monday morning around the area. The top photo is of a lighthouse at the end of the harbor. It has been fully automated for several years. The second shows sea kayaks. That would be fun. I've done it once in Alaska's Inner Passage but I don't think my joints and spine would take it now. 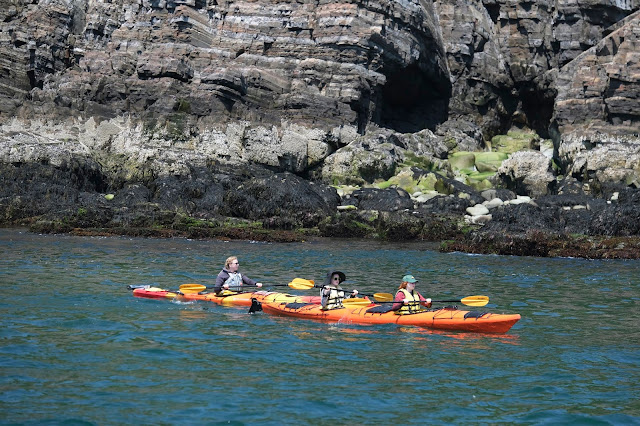 A treat to be in Acadia. Yes, Champlain named the island. That's one of the most beautiful parts of your country.