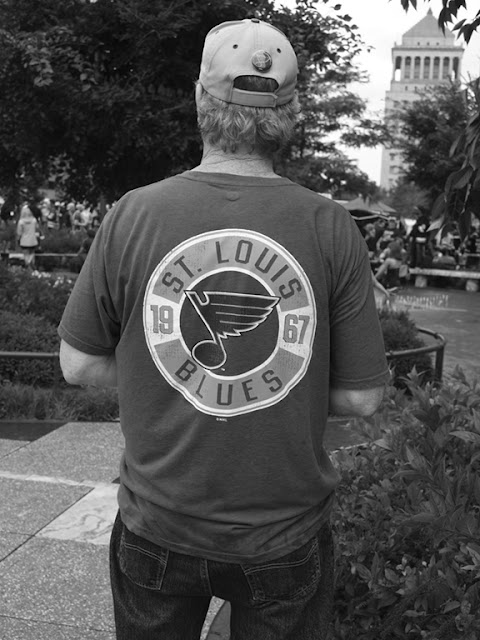 The St. Louis Blues were established in 1967, when the National Hockey League grew from six to twelve teams. By coincidence, that is the year I left NYC and showed up at St. Louis University. Fifty two years later, the Blues finally won the championship and I'm trying to retire. I'm not sorry life set me down here.

Running low on material. Got a theatrical production to shoot tonight.
Posted by Bob Crowe at 12:01 AM