The Wizard of Oz, Or, Everybody's Gotta Make a Living 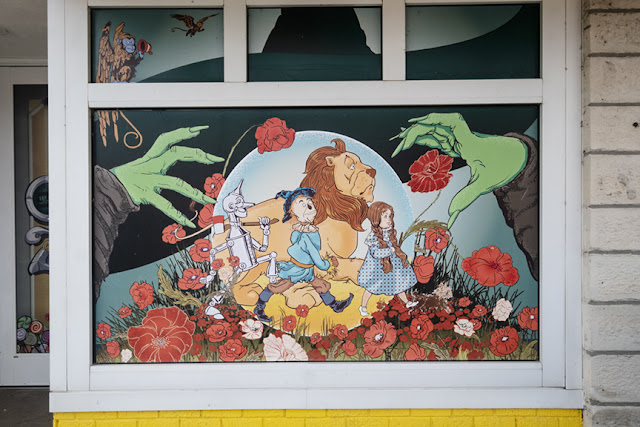 I don't think the book or the movie of The Wizard of Oz sets the starting and ending location, other than it's in the State of Kansas, which is larger and a lot emptier than your average east-of-the-Mississippi state. But Oz has to be somewhere in the Sunflower State, so the little town of Wamego, on one of our possible routes from Kansas City to the farm, has adopted it as a way to keep its claws into the map. Actually, it's kind of cute. We had lunch at Toto's Tacoz, which had some pretty good Kan-Mex food. And you can't say "I don't think we're in Kansas any more," 'cause you sure as hell are.

Us city folks can set up all kinds of cognitive dissonance here, like driving through the void back to town from the farm Saturday night, moonless, cloudless, across gravel county roads,  listening to the Liszt B Minor Piano Sonata. It could have been an out of body experience except that I was driving a Honda. 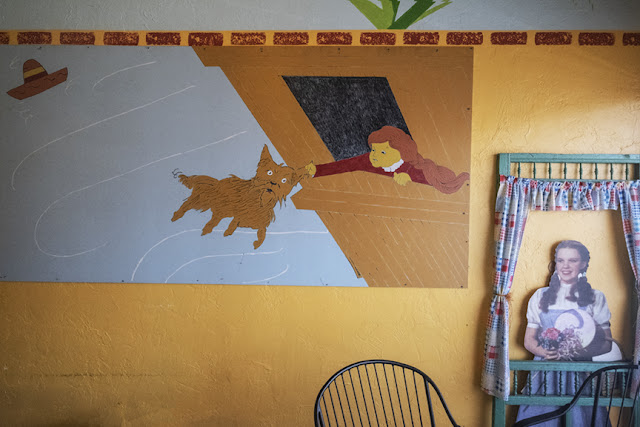 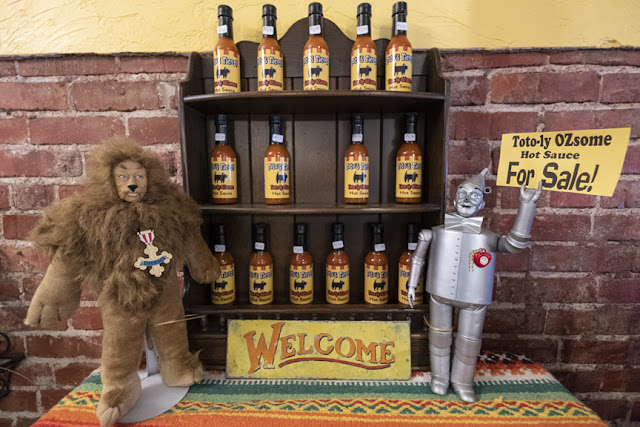 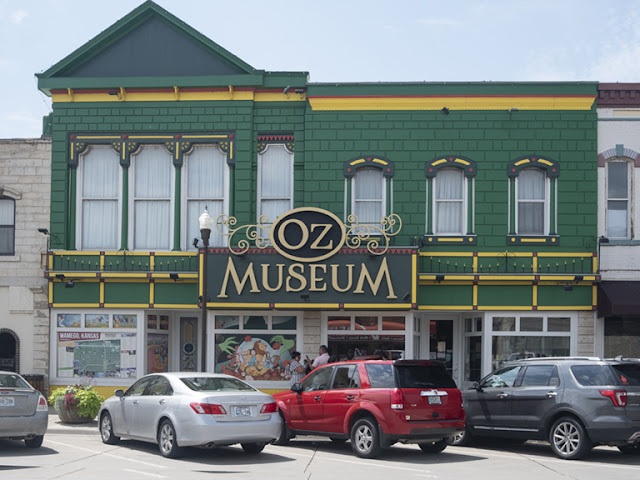 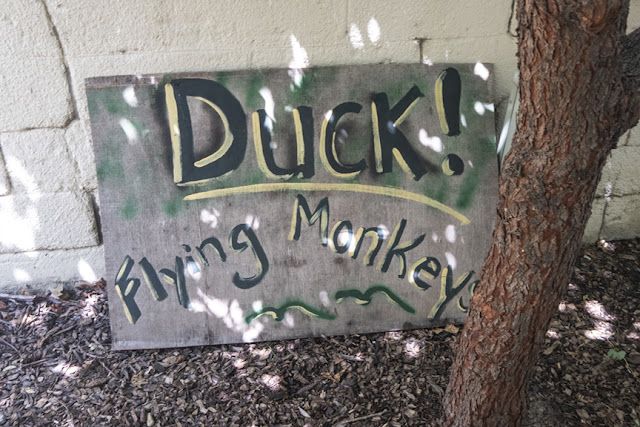 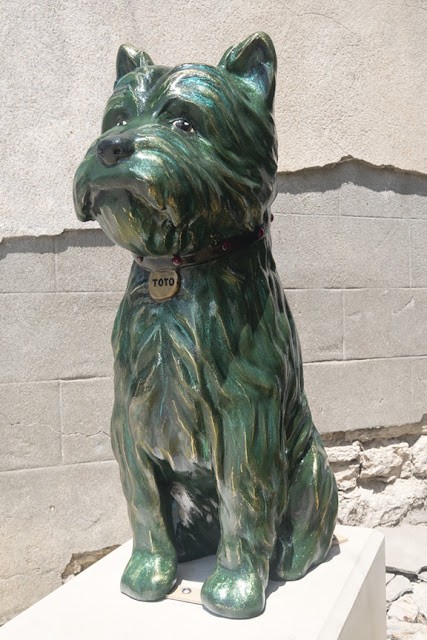 I had a dog just like Toto when I was a kid!

That last one is my favourite.