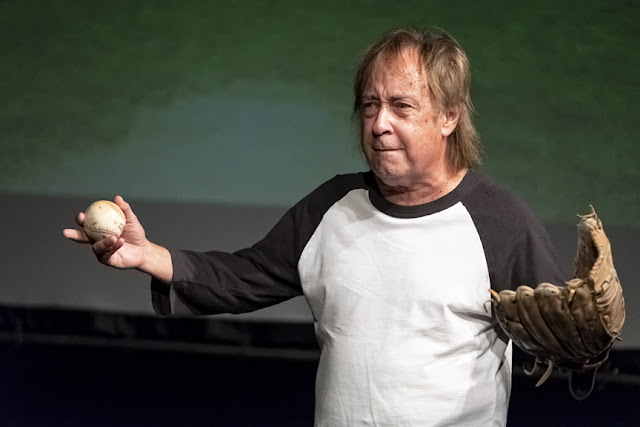 I have to double up on some of the smaller scale productions or I'll never get through all of them. The first of these is titled Now Playing Third Base For The St. Louis Cardinals...Bond, James Bond. It features veteran St. Louis actor Joe Hanrahan telling stories and musing. The program description summarizes it well:

*A Fringe Award Winner - Lifetime Achievement* It's a play about theatre. And baseball. In St. Louis. So it's about race. And the weather. And it's about James Bond. And The Beatles. And WWII. And killing a President. But mostly, it's about theatre. A new play by and starring Joe Hanrahan, directed by Shane Signorino with video projections by Michael Perkins.

Scroll down for another show. 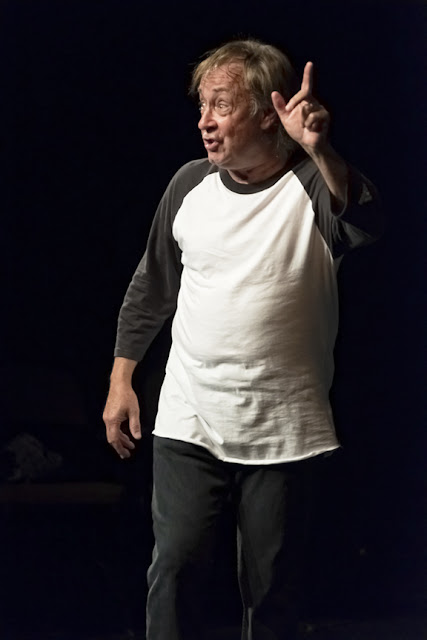 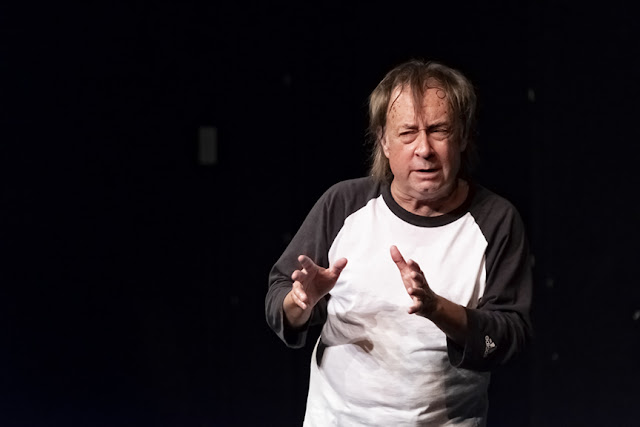 Next we have The Countdown. I didn't get the name of the actor. The program describes it like this:

After losing his family in a tragic car accident, a man wakes up to see timers hovering over peoples heads that count down to their death. After coming to terms with the fact that he can’t beat death, he finds his own timer over his head. Locking himself in a hotel room, the man recounts his cursed tale while trying to figure out how to survive the dreaded countdown. In this production, we find Cameron Cooper sitting on a bed in his hotel room as he recounts losing his family and the curse that followed. Through the 45 minute play, Cameron goes through every possible stage of death while he comes to terms with his own impending death. The audience will bear witness to the raw emotions of a man that’s completely broken from the pains of his past and the possible absence of a future.

I found this a bit odd (not that the whole Fringe isn't). The premise was a bit of a stretch for me. In the end, the narrator's countdown clock reaches zero. Cut lights to black. Maybe I was paying too much attention to my viewfinder. 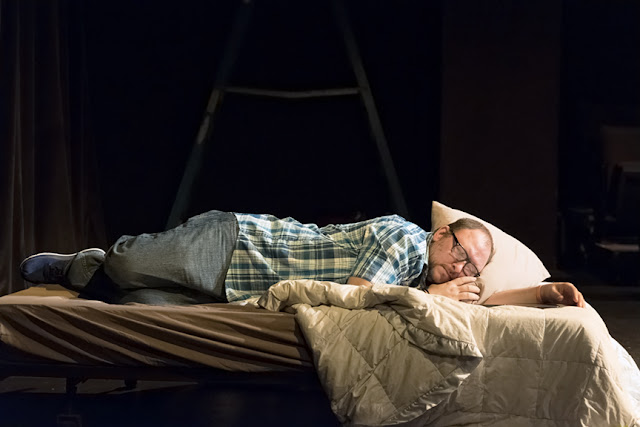 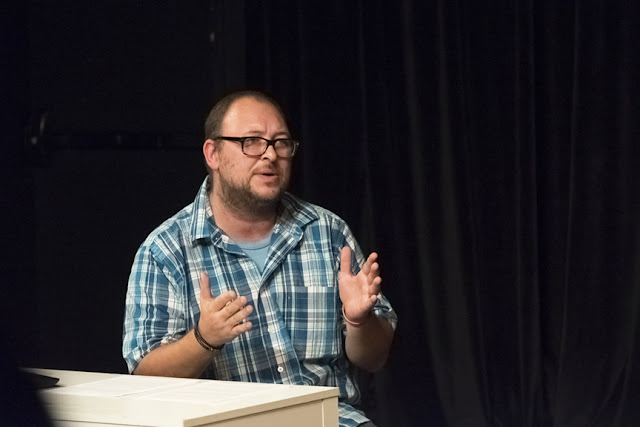 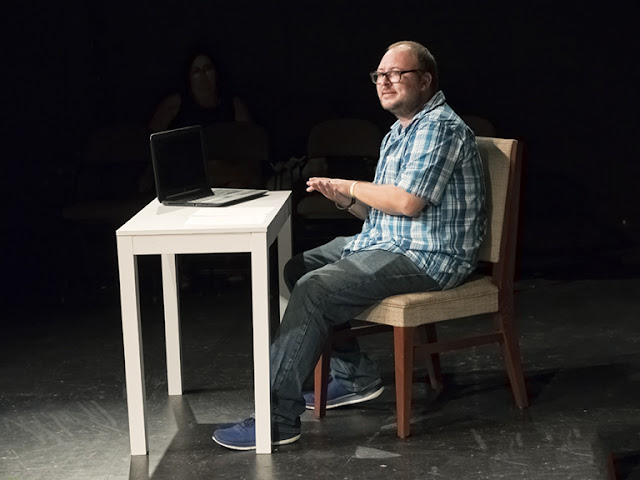 What a contrast in subjects!