The Vicious Hillbilly, Or Dating in the Deep South 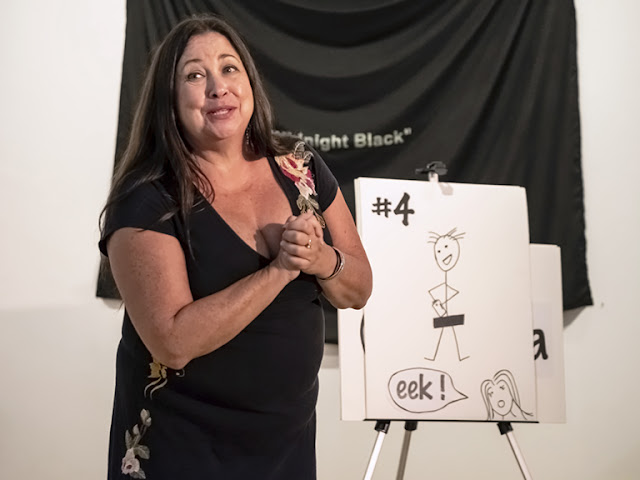 That's the name of Dawn Larsen's one-woman show. As described in the festival website:

It all began when Dawn was ordering songs on a CD released in March 2016. She realized the songs were literally a chronicle of her very pathetic love life through online dating since moving to the deep South. See, she figured out that the best way for her to work through obsessing over something(one) was to write a song about it and perform it. Thus, this show. Dawn has uncovered eleven valuable lessons, which she shares with you in this story of her discovery of who she is, what she wants, and that love is her divine right.

A middle-aged woman diving into online dating in the deep South? That could be sorrowful or hilarious. The show was both. Larsen wove together her songs with a series of stories about the experience. The stories each had an accompanying illustration (example above). One bad experience after another led to a conclusion: to thine own self be true.

You can find out more or even get a CD of her songs on her website. 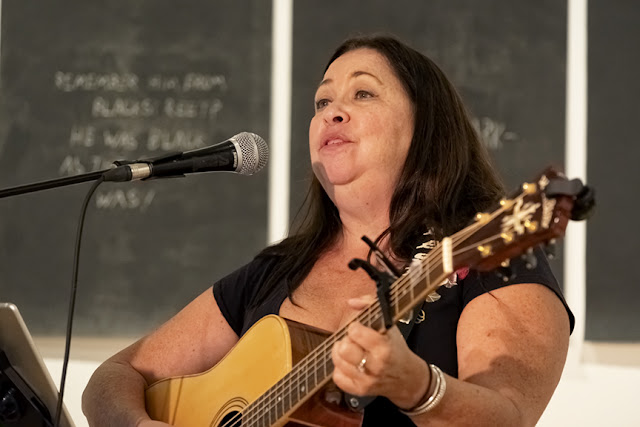 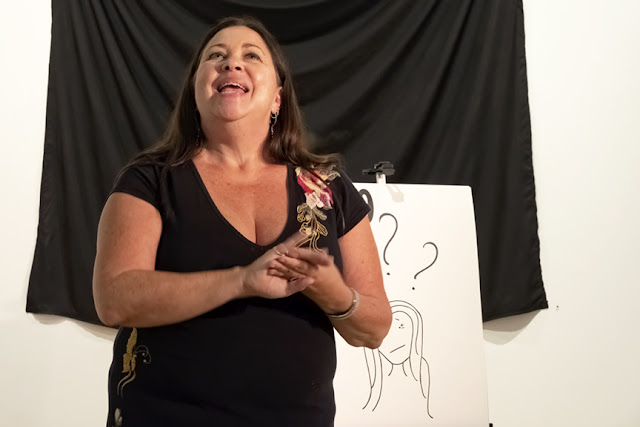 Just the act title alone would be enough to draw one's curiousity!