The Fringe Is Here! 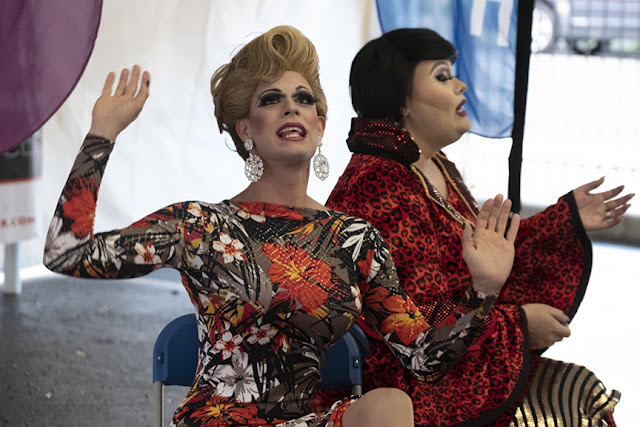 The St. Lou Fringe's opening party took place last night. (See schedule and buy tickets here.) Impresario Matthew Kerns introduced the season and interviewed the principals of some of the major shows. Local star Desire' Declyne will lead the late night show, As We Stumble Along. The evening's main entertainment was the hip hop duo Same Difference. The crowd had a good time.

The main performances start tonight. There are five venues around the Grand Centre Arts District. Each is named for a person or sponsor that made a significant contribution to the festival. They named the Kranzberg Studio Theater for - sniff - me. I was knocked out, humbled and elated. I guess they like my work. 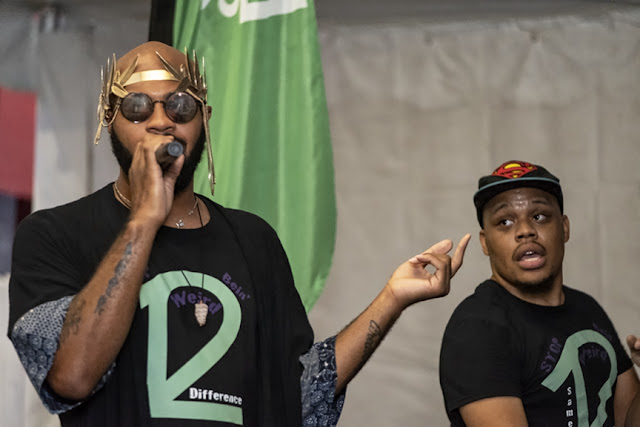 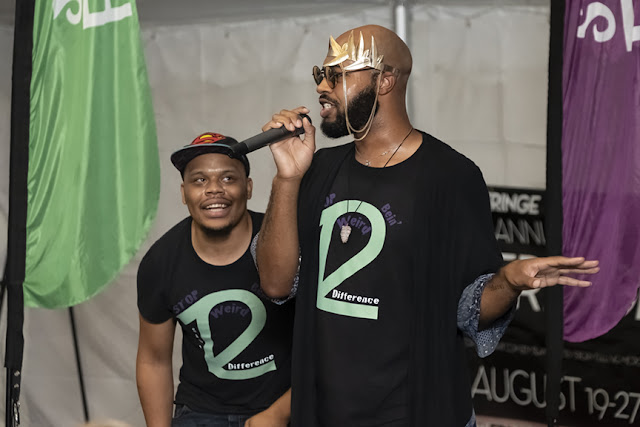 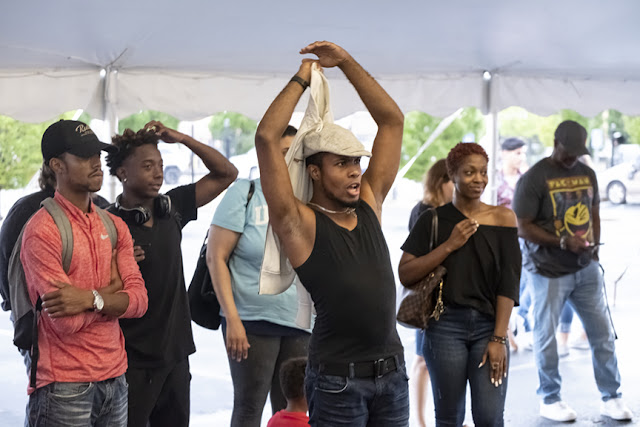 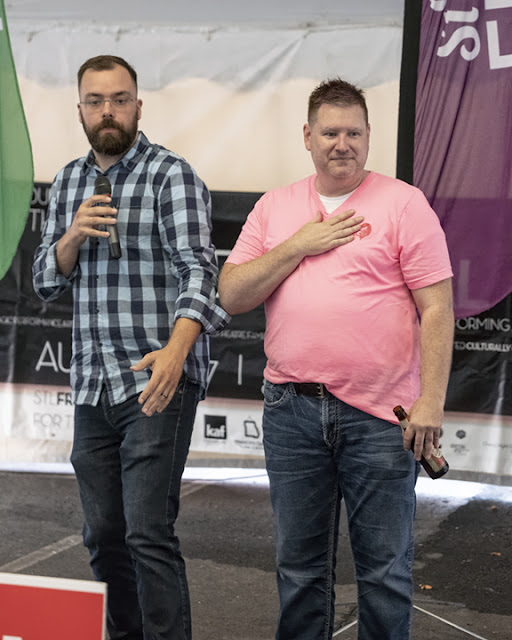 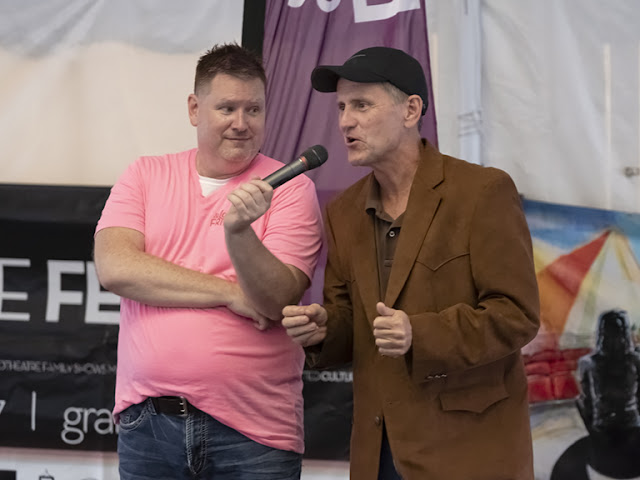 That's quite an honor! Good for you!