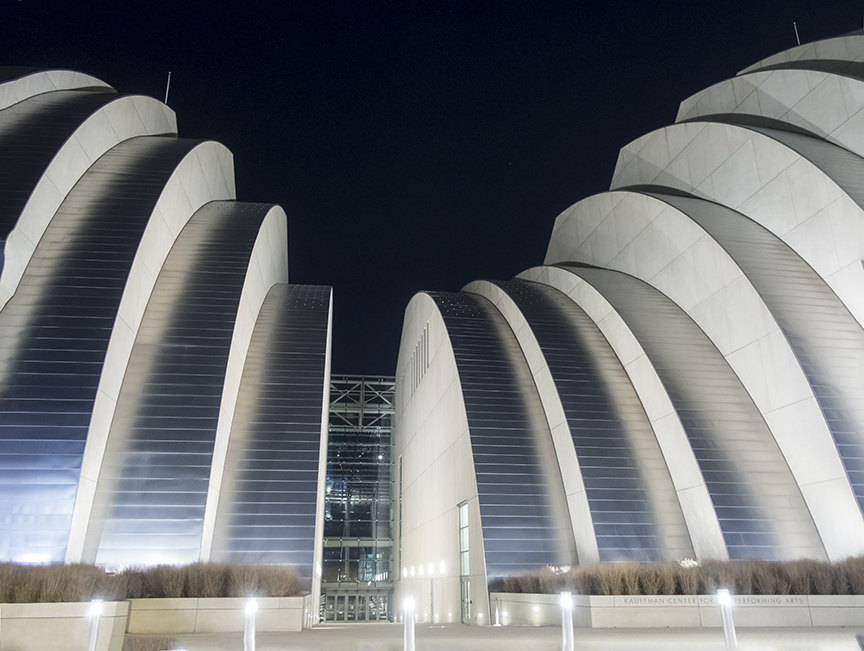 Over to Kansas City today, Missouri's second largest metro area. This is an archive photo of the stunning Kaufman Center for the Performing Arts.

We like KC and regularly stop there on our way to see Mrs. C's family farther out in Kansas. The regional population is smaller than STL's but the city proper holds a much larger share of the metro population, leading to better regional government. The City of St. Louis itself has a population of about 350,000 in a metro area of 2.6 million. The suburbs are terribly Balkanized and regional cooperation is weak.

KC has a part-time symphony. We have one of the best in the country. Both have decent regional art museums but I think KC's Contemporary Art Museum beats the hell out of ours. IMHO, our restaurant scene is richer. KC has the Country Club Plaza, a Spanish fantasy that was the first real shopping center in America. We have the Arch, which nobody else has. It is said that the only city that has more fountains than KC is Rome. We have a lot of water fountains. Both areas have vast, soulless suburbs.

We will meet some of Mrs. C's family for dinner there tonight, then out to the farmland where she grew up on Saturday. The forecast is for moderate temperatures and rain, which could lead to some beautiful prairie vistas.

I love this building. Safe travels.