Why They Call It The Fringe 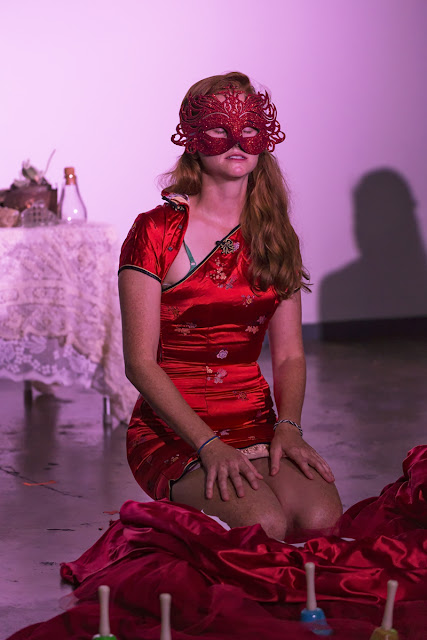 I shot my first two performances at the St. Louis Fringe Festival last night. There are a total of 16 shows on my schedule for this weekend and next. This show was called With/Within/Without. Four young women knelt or sat on the floor on colored cloths, something to do with earth, air, fire and water. They recited arcane, New Age-y texts. The words were hard to hear over the loud ventilation system but it was something about breathing with your tongue out and trying to feel like a tree.

The audience was given a piece of candy, something that made a sound and something with a lot of texture. Then they were asked to put on blindfolds. After about 20 minutes of recitation all the lights were turned out. The audience was invited into the center of the space to do I don't know what. No light, no photos, so I was on my way. This wasn't really up my alley.

I'll be posting about the festival for days to come. 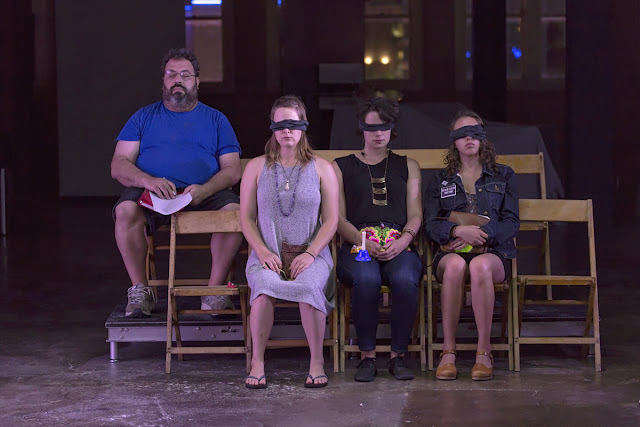 You can get some really out there concepts playing out at a fringe festival.

Looks like you will be busy, be sure to enjoy it all.

I think I'd be reluctant to eat that candy!