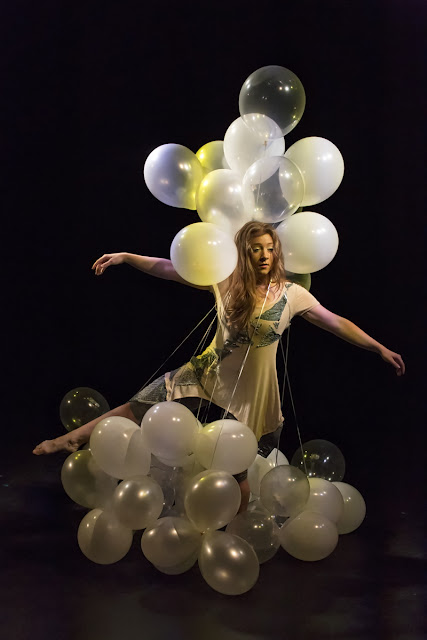 Five shows to shoot yesterday and I thought four of them were terrific. (Nobody's perfect.) Hard to choose which to feature today. I absolutely must get to the Donald Trump puppet show musical, but this one was a stunner.

Dancer Melanie Harvengt and choreographer Paige Walden-Johnson presented a 40 minute modern dance performance called Finite/Infinite. It was inspired by the works of Søren Kierkegaard, although it wasn't necessary to know his philosophy. The setting was a black box theater. The dancer was surrounded by white, silver and clear balloons. Photos do not convey the whole effect. 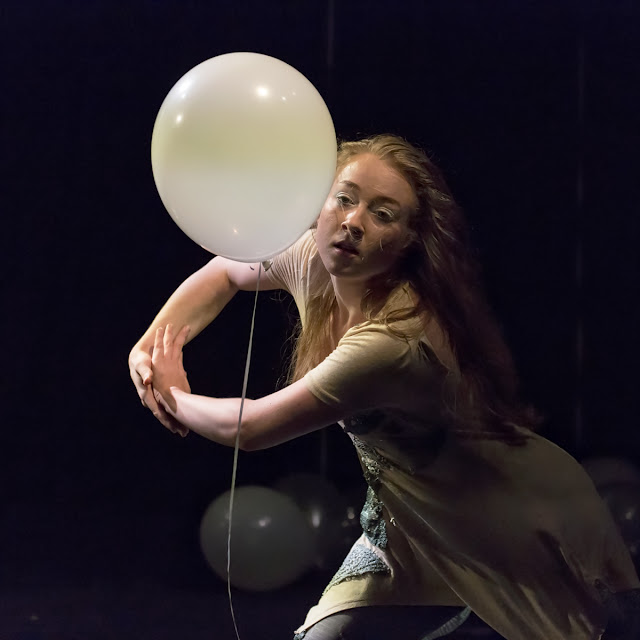 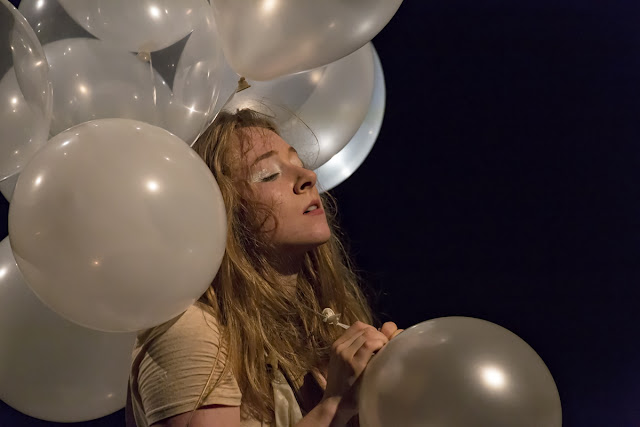 WOW! Superb photos! That top one is stunning.

You got a few good photos from the performance. Keep up the good work.

Your pics are wonderful!