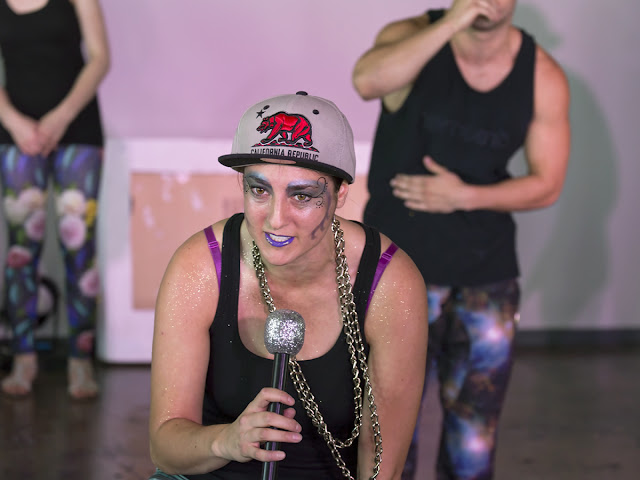 So one of the variations on the Fringe's Midsummer Night's Dream parody was what you might call a rap-off. Cast members wearing oversized baseball caps, including the traditional New York Yankees' hat (although the one in the third picture says Pickleman's Cafe - just a little extra joke), assume the identity of a character in the play, hurling rhymed insults at one another. Demetrius calls out Lysander's momma. Oberon and Titania diss each other over Pucks tricks. And so on. Pretty clever.

It's been a really bad week at work and I had a couple of thousand pictures from last weekend. Tough doing sorting, editing and getting posts written. I'll plod ahead as I can. More to come this Friday and Saturday. 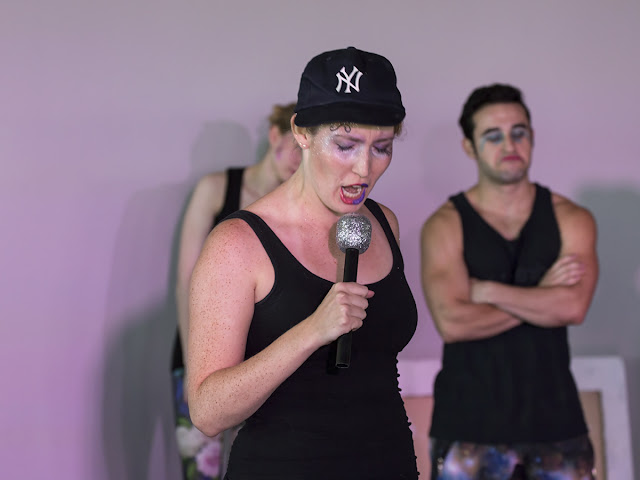 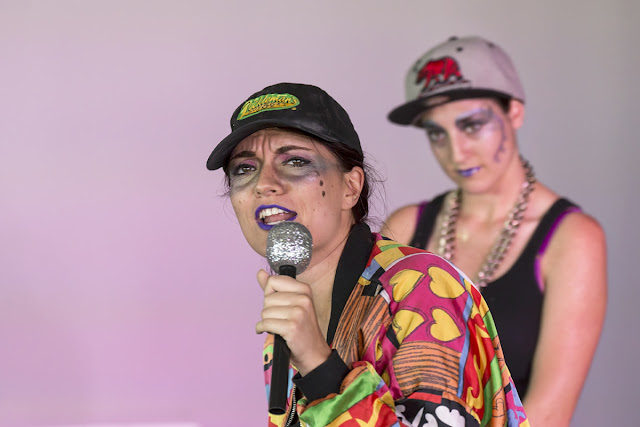 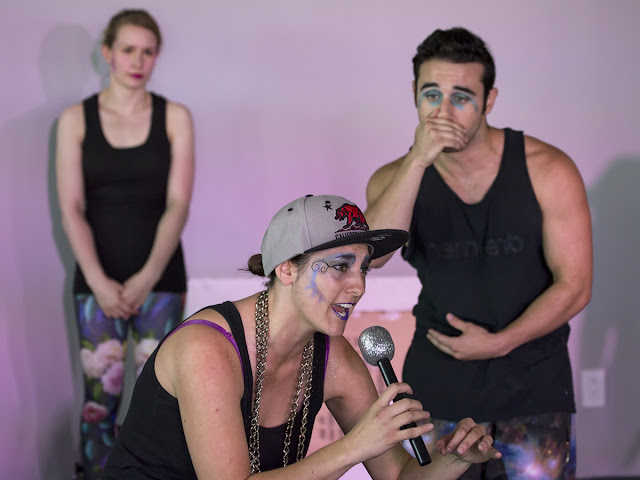 I imagine the audience finds the material they cover fun. It definitely is different in a good way. Not the same old stuff :)

Never sees a rap-off. Or anything Shakespeare either come to think of it. Take your time sorting through all those photos.