You will never find a politician without something to say. These are some of the dignitaries from the Missouri side of the river who attended the bridge opening and, of course, had a few comments.

Above, happy-go-lucky Missouri Governor Jay Nixon, wearing his Cardinals hat and a scarf to match. Next, Senator Claire McCaskill, much admired in the Crowe household.

Beneath the senator are a current and past member of the House of Representatives, Lacey Clay and Russ Carnahan. The latter was my congressman until last year. As American readers know, the 435 members of of our House of Representatives are re-apportioned among the states after each decennial census. Missouri's percentage of the national population went down a bit and, as a consequence, we lost one seat in the House. The Republican dominated state legislature re-drew the boundaries in such a way as to eliminate Carnahan's district, and thus a Democratic seat in the House. No idea what he's doing now. He looks a bit ghostly in the crowd beside the stage. 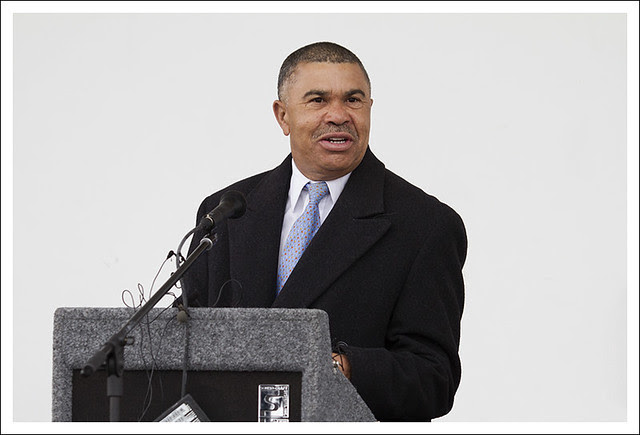 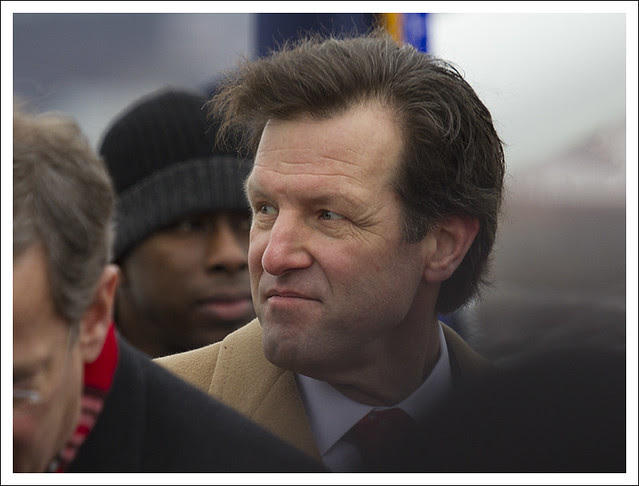 Nice portraits, BC. But I too do not believe anything that slips from them lips.

You know, you could have titled this blog The Usual Suspects...

Williams comment made me smile :) Yes politicians are never short of a word or a million.. just wish some of them would live up to them! Your American politics are WAY too complicated Bob.

I didn't think politicians could be photographed...or have reflections in mirrors...or come out in daylight....

I like your photograph of the governor. It was good of them to provide a white background to help the portraits.

I particularly like the last portrait, perhaps because of the skin tone and wrinkles around the eyes - it looks very natural, like a 'stolen' portrait.

William's comment, and CDQ's, say something about how many people feel about politicians today. It's not a good thing for democracy :(