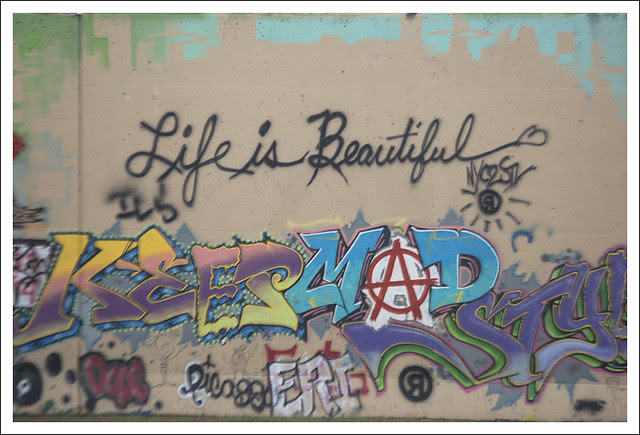 It was a pleasant Stupid Bowl Sunday in St. Louis. Took a drive up to Bellefontaine Cemetery for some pictures of William S. Burroughs' grave for his 100th birthday on Thursday (post to follow). Went by the office and actually got something done without being interrupted. Mrs. C and I attended a performance by our superb St. Louis Symphony, at which the Dutchman Jaap van Zweden set a world land speed record for Beethoven's 5th and led the most exquisite, nuanced interpretation of Shostakovich's 5th (a personal favorite) I've ever heard. Afterward, we had our annual Stupid Bowl dinner at the new restaurant Nathalie's, and it was terrific. La vita e bella.

Nathalie's occupies a a grand old home on Lindell Boulevard near the cathedral. It was formerly the home of Savor and Salt, both very good but relatively short-lived. Nathalie's shares ownership with Overlook Farms, a bit more than an hour north of here. We ordered from the Chinese New Year menu. The bacon-wrapped dates in a red chili sauce were fabulous. I had tangerine duck breast with wild rice and vegetables from the farm. The duck was perfect and the side dish had The Best Broccoli I've Ever Had In My Life - and I've been to France. We will be back. To Nathalie's. And France, too.

BTW, the first pic is from the graffiti-permitted section of the Mississippi flood wall. Whether to take it as literal or ironic is up to you. 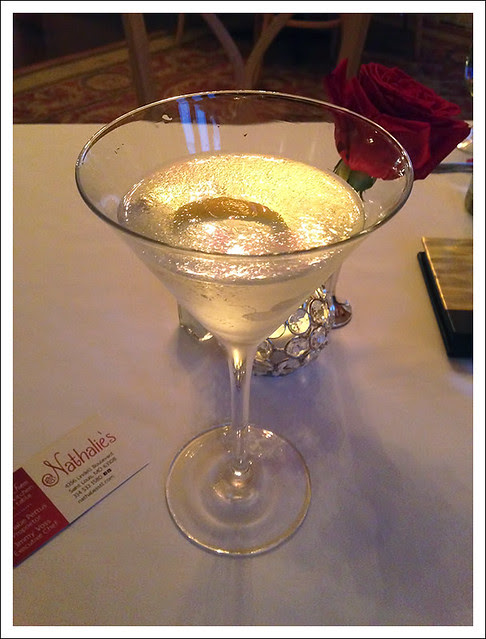 Lillet martini with gin and vodka 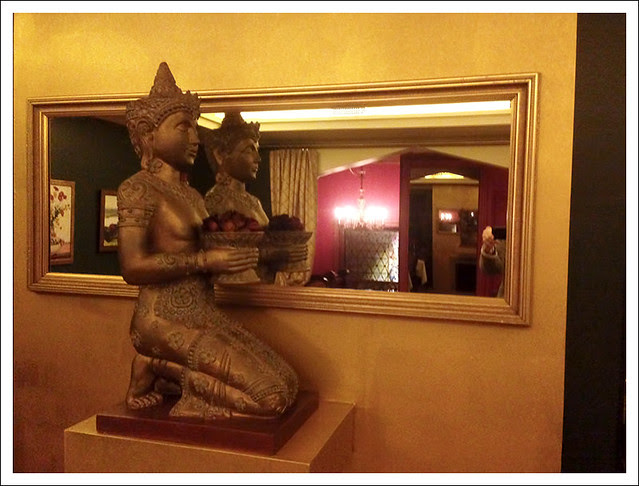 Nathalie's kept some of the charmingly odd decor from Savor, including the Buddhist, ancient Egyptian and Rococo bits


Haven't had much of the granddaughter lately since we've been away. Had dinner at Emily, Brian and Madeleine's home on Saturday. The darn kid keeps getting cuter. We brought her a toy monkey from Costa Rica, which, naturally, she crammed straight in her mouth. 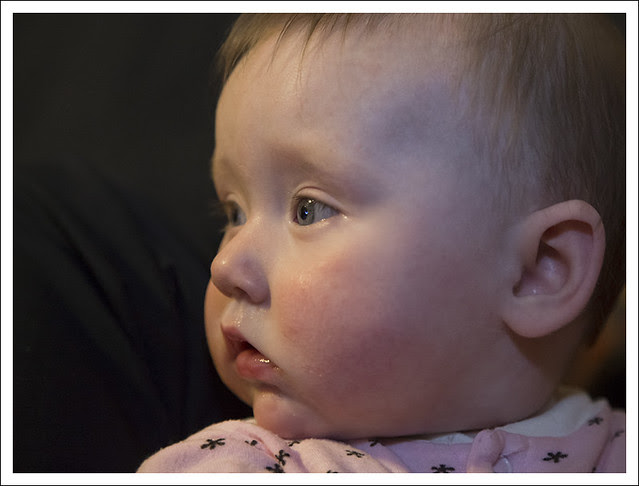 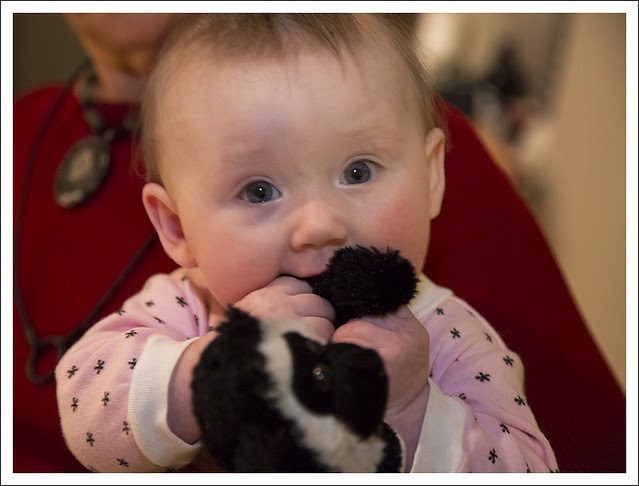 I know nothing about American Football except that I'm a rugby fain. Yet I do have a Seahawks mug so I'm glad that I didn't drink my evening herbal tea in it for nothing.

Your post means that it has to be taken quite literally! Madeleine is so pretty and sweet! Smooch!

Re. your comment on VDP: I think it's a mixture of protection from pigeons and theft.

Gin AND vodka in the same glass Bob.. i 'd be under the table after one.. I 'm such a lightweight :). Madeleine is getting more beautiful every time I see her!

She's such a sweetie. And of course she must taste the monkey toy.

That restaurant looks quite inviting.

And those two symphonies are always very welcome. I tend to think of the fourth movement of Beethoven's Fifth as pure joy in musical form.

I'll sip that martini for you, thank you.
Always welcomed a good Burroughs' read. Would love to attend.
I still remember that the Sopranos had a 'Burroughs piece' tucked in that script somewhere... w/ zany music.

You are giving me extra work.
Sopranos Episode 66, Burroughs reading from Western Lands.