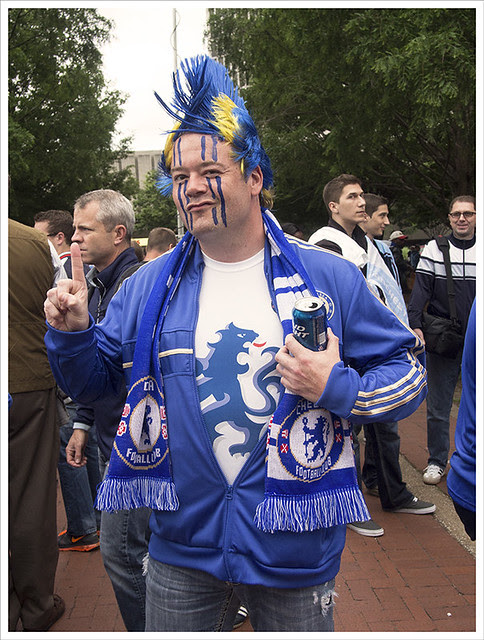 The Chelsea - Manchester City match took place last night at Busch Stadium. I went to the pre-game rally and watched it on television. (Manchester came back from a 3 - nil deficit to win 4 - 3 in the final minutes. Like how deftly I used the word nil?) Chelsea supporters vastly outnumbered those for Man City on the street. I understood some fraction of what I saw on TV, better, at least, than if I had been watching cricket.

A few more of these characters to come. 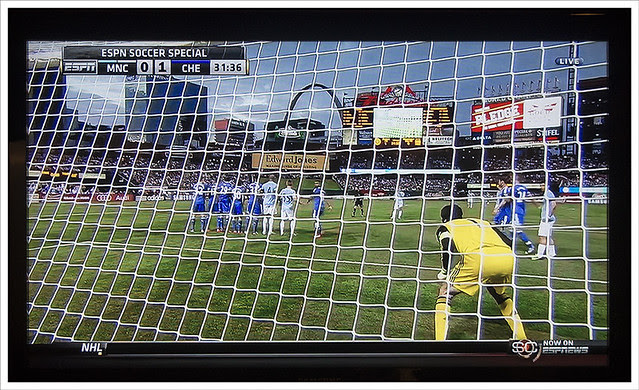 Cricket is impossible to understand. Games can go on for days. Football is very easy to understand. I played the game myself as a kid. I was a defender.

Hooligan is an apt word for it!

Admittedly, I've never understood the passion for that game.

Enjoying your soccer photos, Bob. I agree that I understand the game somewhat but have no clue about cricket. Right now our Portland Timbers are in Washington, D.C., playing in stoppage time. I'm certainly glad to report that the Timbers have won 2-0! Oh, I did notice your use of nil--way to go.