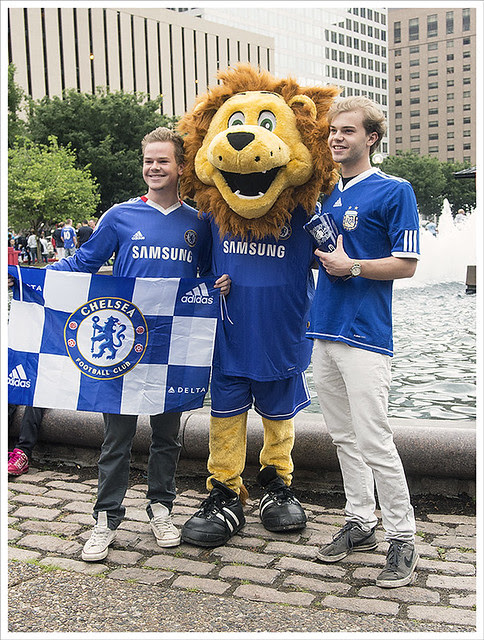 Sports teams all have mascots these days. When I was a kid and a big Yankees baseball fan, teams just went out and played the game. Now there are all these goofy figures, like the idiotic Fredbird (the redbird - a cardinal - get it?) for our baseball team.

All the English Premier League teams have one. Chelsea's is a lion, simple and easy to understand. The old heraldry device of a rampant lion is part of their crest. But Manchester City has . . . what? Wikipedia provides the following explanation:

Like all clubs in the Premier League, Manchester City have a mascot, two in this case. Both are anthropomorphic aliens, called Moonchester and Moonbeam. The name is a play on words with Moon- named after the club's unofficial anthem, "Blue Moon" and -chester being the last part of Manchester, where the club was formed and is based. Both aliens come from the planet 'Blue Moon'.

I'd find it hard to develop an emotional attachment to these things. 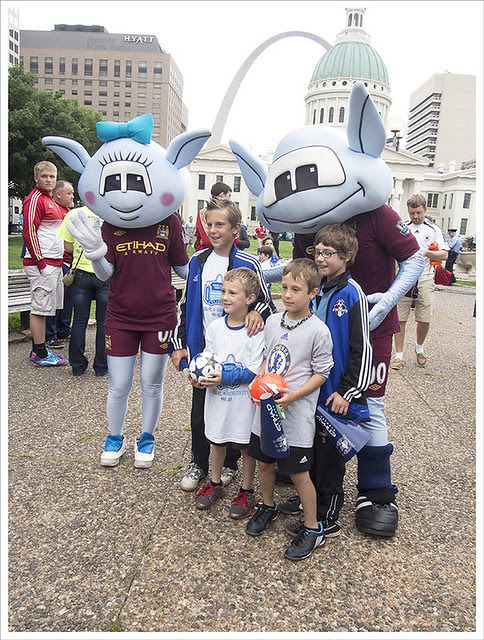 Must be a generational thing.

The Sox have Wally... after the green monster. Stupid! But I guess the kids love 'em.

Mascots are a silly thing, after all... particularly the one for Manchester.