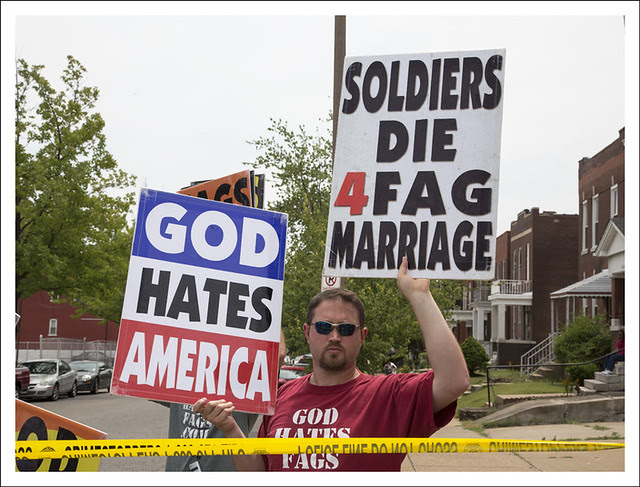 I mentioned there was some unfinished business with the Pridefest parade shots. This is it.

There is a fundamentalist church in Topeka, Kansas, whose members have the most extreme, virulent opinion of homosexuality. They and their allies travel around the country demonstrating like this at military funerals, much to the offense of the bereaved families. They think that God causes the deaths of American soldiers because the country tolerates gay relationships and a few states allow same-sex marriage or civil unions. Holy . . .  If they are indeed Christian, I wonder how they deal with the concept that the same God made them and the objects of their scorn. Reason does not trouble them.

These people enrage almost everyone; I am posting this simply as reportage. The police kept them on a side street but next to the march. Tomorrow's post will be about the crowd's reaction. Here's a hint. 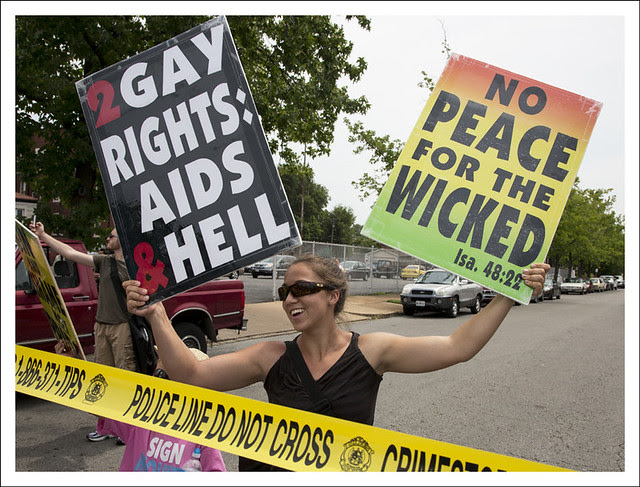 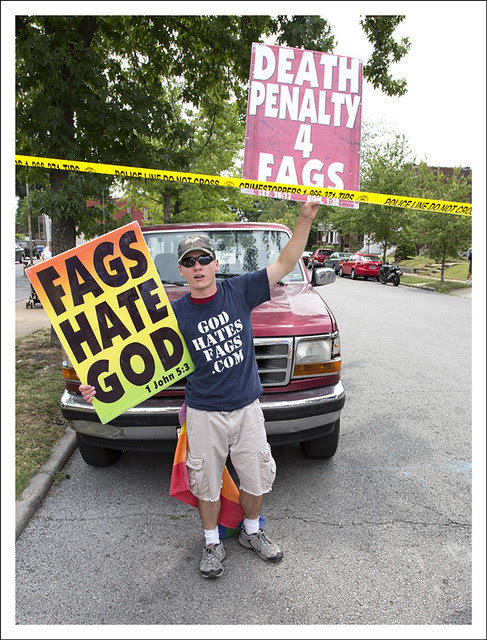 Perhaps one could put them on some sort of paranoid schizophrenia medication?

Demonstrators such as this demonstrate the First Amendment's tolerance for people expressing their views.

...and all under the guise of religion. Ya, they were in Maine to 'attend' a funeral of a fallen soldier. Fukin idiots!

You can just tell by looking at them that they don't have a brain between them, which is a very scary situation! I just loved seeing the Beatles clip, haven't seen that for such a long time..John Lennon's words were fabulous.
p.s. I guess I should think about that when I take shots like the one today Bob, looking straight into the sun could mess with the mechanics of the camera I guess!

So much hate...thanks for posting these all the same.

Dear me. The mind boggles.

These people have a web site? I'm not going there, I assure you. It's bad enough to know this sort of thing goes on where it does. Have they no consideration and decency for the bereaved families?

The only thing these people have consideration for is their own bile and hatred.

Bob,
Thank you for having the courage to post this . It enrages me and makes me heartsick that as a Christian there are so many that cloak themselves in the Bible but are so far from what our faith is really about.
V