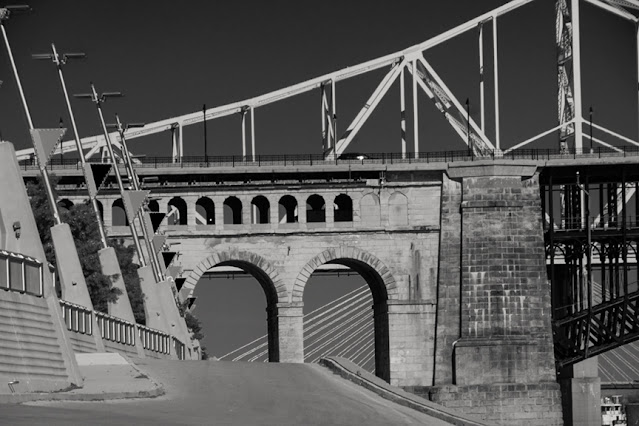 A view from the Mississippi River levee, where we've been the last couple of days. In the foreground is Eads Bridge, the first span across the central and lower part of the river, opened in 1874 and still in use. The higher steel structure behind it is the Martin Luther King, Jr., Bridge, in service since 1951. The cables seen through Eads' arches are part of the awkwardly named Stan Musial - Veterans Memorial Bridge, opened in 2013 as an alternate route relieving traffic on the Interstate highways on the Missouri and Illinois  sides of the river.
Posted by Bob Crowe at 12:01 AM

A great view of all three bridges. Looks good in black and white.