THE MISSISSIPPI IS RUNNING DRY 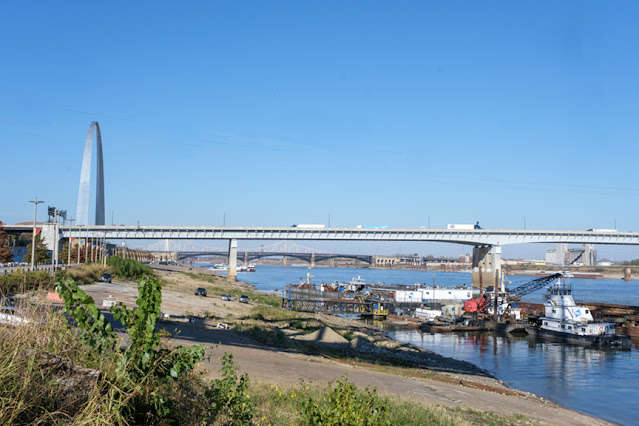 This is the old levee, built in the 19th Century, that connects the Mississippi River to the central city. It's hard to get scale from this picture, but half to two-thirds of what you see here is normally under water. When the river is really full, it runs up to the street you can just see at the left center. The current level is the lowest in more that 40 years due to drought up and down the watershed. Barges, the commercial life of the river, have to run with light loads and shorter groups in the diminished central channel. There are areas that are restricted to one way traffic on alternating days.

I hope to drive down into the levee today for some closer shots. And I hope today doesn't approach a low water mark for our democracy.