PHANTOM OF THE OPERA 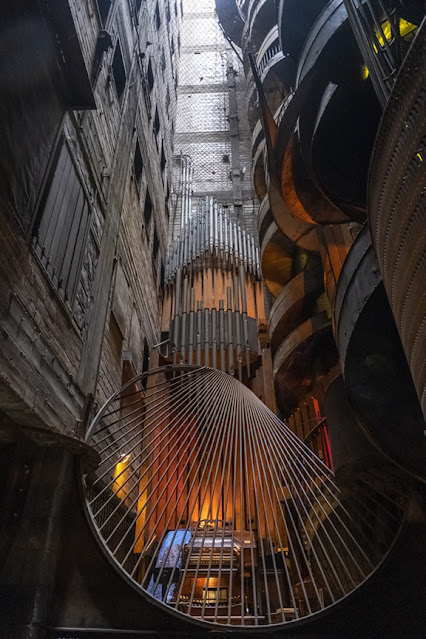 It looks like this could be one of the sets but it's another part of our strange City Museum. The building is better described on its Wikipedia page, https://en.wikipedia.org/wiki/City_Museum, than its own website. It was originally the enormous factory and warehouse of the International Shoe Company. STL was once to shoes what Detroit was to automobiles. Locals of a certain age, particularly baseball and beer fans, know the saying that we were first in shoes, first in brews and last in the American League.

This cavernous 10-story-tall shaft contains a series of spiral ramps, right, that were used to move shoes and their parts from floor to floor. There are five and ten level slides (I wouldn't dare). And then this organ, salvaged from a theater in New York. It looks like it works but I've never heard of a performance. I'd go if there were one.