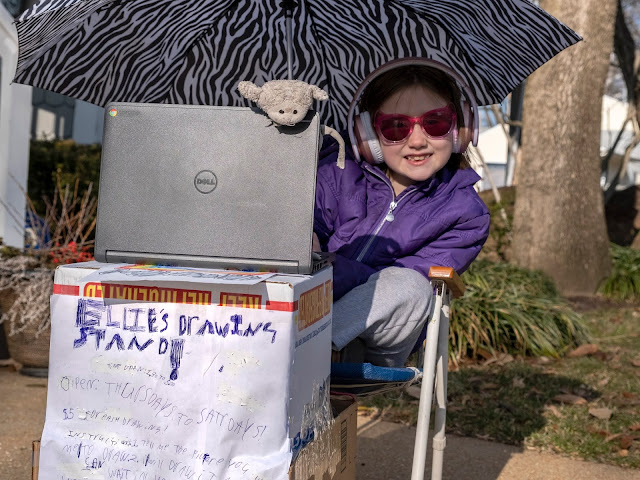 It's an old meme in this country that children set up a lemonade stand in front of their homes during the summer, trying to make a few pennies offering refreshment to passers-by.

Not my granddaughter, who declares that she is going to be an artist when she grows up. She set up a stand in the dead of winter, selling her drawings, made to order, in front of our house. Ellie offered delivery to your car window, asking only $5. She later modified the sign to "$5 or less." She was surprisingly successful, in large part because Mrs. C called some of our neighbors who dote on her, giving them a heads up.

Quite the little entrepreneur. Our daughter, whose views are, shall we say, quite à gauche, raised an eyebrow.

A very enterprising artist in the making.