ICE IN THE MISSISSIPPI 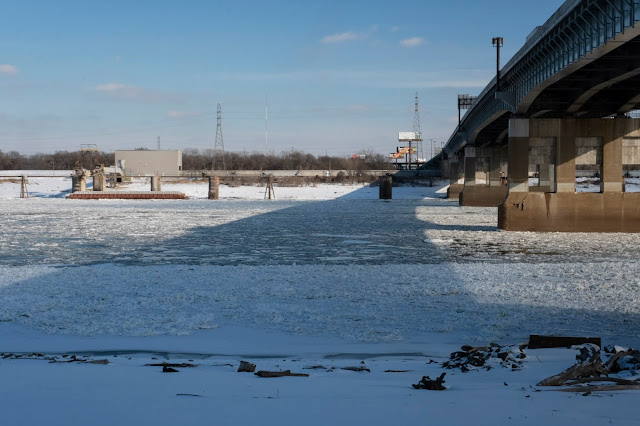 The Mississippi was running clear until a few days ago. Now look at the difference. Of course, it's much colder not that much farther north but the system of locks and dams starts just upstream from here. The grade is so flat from here to the Gulf that there are no more to the south. Much of the ice may come from the Missouri River, which doesn't have locks anywhere close.

I've read that the Mississippi sometimes froze solid in the 19th Century. People and horses walked between Missouri and Illinois. Average winters are warmer now, of  course, but I think the locks and dams prevent the really cold northern stuff from reaching us.

And that is a big river.

The Ottawa River freezes over, except for a portion in the city downstream from a waterfall.

I even have memories of the ice noises as it broke up in the spring...maybe the Mississippi...north of Alton. Somewhere near where I was in college in Elsah, IL. It's a sorrowful and grinding howl.