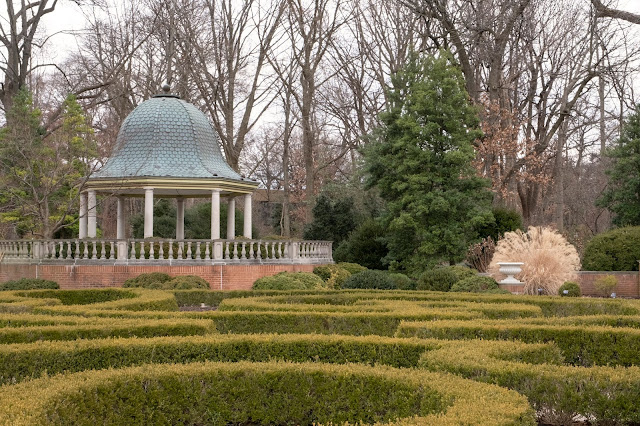 Everyone is restless and bored. I look at this scene inside the boxwood garden and I start thinking about an Anglo-Japanese pun. My daughter studied Japanese in high school and college. She's been there a couple of times. There was a phrase I thought was funny (in English) that she would say: inside the box - haka  no naka, 箱の中. So I'm thinking about this in the boxwood garden, which shows how far my brain has deteriorated during the pandemic.

So this is the actual boxwood garden. I guess it's a dense hedge that can be trimmed precisely. It has a nice balance and calm, something most of us can use.

I guess I've always been an outside the box person...referring to not coloring within the lines first, and expanding to gardening with veggies and flowers mixed higgly-piggly together.

It makes a pretty scene.