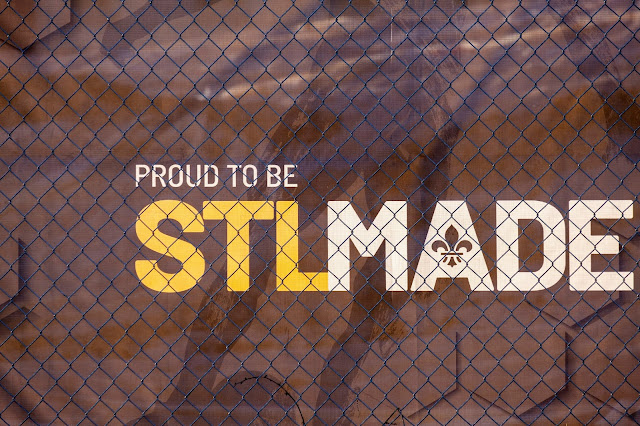 Until, of course, it is safe to travel again, in which case it will be made who knows where. Trips canceled in 2020 are already being rescheduled for this year.

This sign is at a construction site on the edge of downtown. We were awarded a Major League Soccer franchise and a new, purpose-built stadium is taking shape. Unfortunately, the name of the team is uninspired. US professional sports teams usually have memorable nicknames like the New York Yankees, St. Louis Cardinals or Baltimore Ravens (nice Poe reference there). Our 11 will be called St. Louis City S.C. (for soccer club), similar to some English Premier League teams like Manchester City F.C. (for football club). They could have done better.

Came out nicely this photo.