YESTERDAY DID NOT GO AS PLANNED 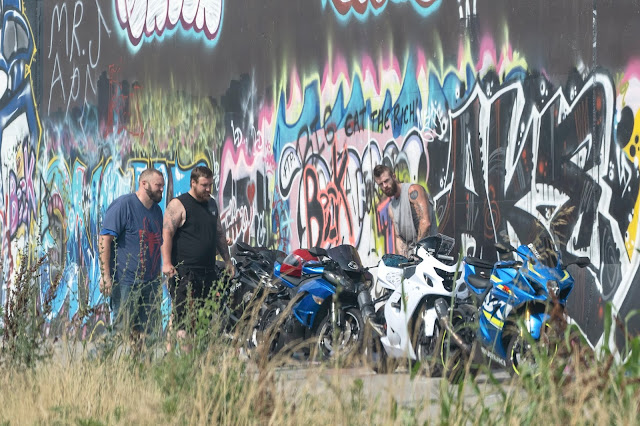 I keep saying that I am desperate for material. During the warmer months that involves outdoor events. Of, course, there are next to none. There was to be a rally downtown at the main post office in opposition to our wicked national administration's attempt to cripple the postal service in an effort to discourage voting by mail. So I found a place to park in the shade where I could see the entrance. Nobody there, so I sat in my car with the engine off listening to the weird music I like (anyone into Caroline Shaw?) through my phone. Eight or ten people eventually showed up. I tried to start my car and - nothing. Troubleshooting led to the conclusion that the battery was dead. It took the auto club an hour to get to me to jump start the thing.
The technician did tests and told me the battery was about kaput. I called the dealership and their service department could work me in. So, by late afternoon, I got home with a new battery and no photos.
Back in the recent archives, then. I found these mean-looking guys and their bikes by the graffiti-permitted section of the flood wall, kept my distance and shot this through the windshield with a telephoto. Downtown streets have been pretty empty lately and there has been a real problem with people racing on souped-up motorcycles, doing dangerous tricks and even gunfire. (Remember, this is America.) The city has blocked off some major streets down to one lane and closed the old bridge over the Mississippi. I wonder if these chaps were on their way to such sport.
Posted by Bob Crowe at 12:01 AM

sorry to hear about the car...and now it will start again and again. These motorcyclists usually do have a poor reputation about how they have fun...their kind of fun. Around here the terrain gives them the challenge of steep mountain curves, so we have a lot of them who appear this time of year. (Western North Carolina.)

They do look grim.

There's a bad trend here among motorbike drivers, but especially sports car drivers who have customized their engines. They rev down the streets at high speed. If they could, they'd marry their car.

Needless to say I'm not a fan of that self centered mentality.

Over here you have the "boy" racers. The come out at night and speed down the main street. Garda are not around due to budget cuts so they have a free reign.
Good that you got a new battery. I had AAA when I was in the states and they were right there whenever I needed them. Thankfully that wasn't a frequent call I had to make.