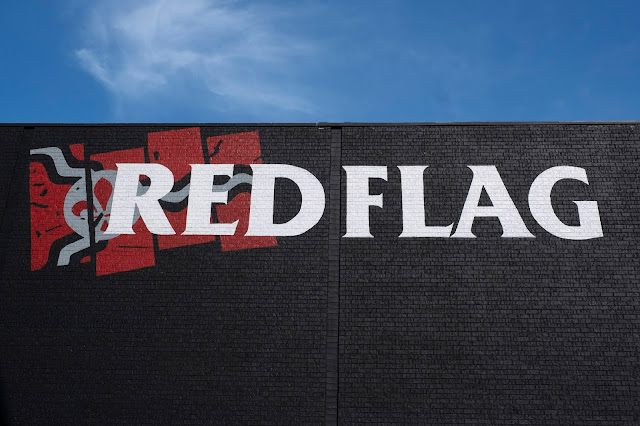 A red flag is usually a warning, a serious one. Something is dangerous and demands attention. It is also a symbol of revolution and communism. If someone threw up a sign like this on a building you might think that there were toxic chemicals inside.

Not so in this case unless you are a tea-totaler. This midtown building is being renovated into a taproom and restaurant for one of our smaller breweries, 4 Hands. (As most people know, we have one very, very big brewery here.) The graphic is a color-altered version of the St. Louis city flag, which, by virtue of a highly scientific Twitter poll, is the coolest city flag in America. Why the brewery is interpreting it as a warning is left up to the viewer.