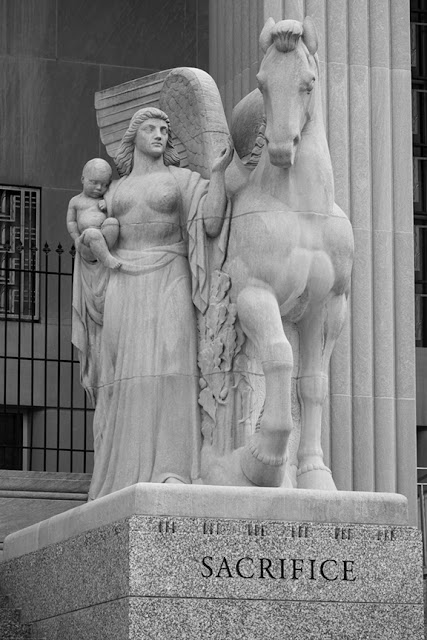 Okay, I found something. Toward the side of downtown there is a building called the Soldiers' Memorial. It was built after World War I and extensively rehabbed in the last few years. The entrance to the museum is flanked by four monumental statues, a strong, solid person holding the bridle of a muscle-bound Pegasus. (They always remind me of the Anheuser-Busch Clydesdales.) The first three represent courage, vision and virtue. This one is a woman holding an infant. Who has to make the sacrifices? Combatants are mostly male, the ones being shot at. But who is behind the lines, carrying all the other burdens?

It is a strong sculpture.