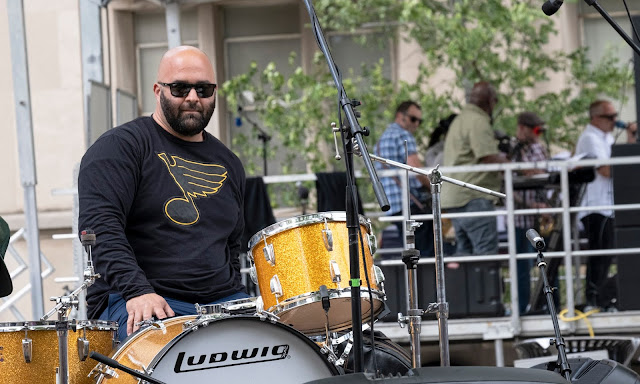 I'm not a big fan of hockey but I'm aware of it. When I was young I used to go to occasional New York Rangers games. Right now, though, STL is gripped by hockey fever. Our team, the St. Louis Blues (good name, and the Blue Note is one of the best logos in sports) has made it to the championship finals for the first time in 49 years. The team had the worst record in the league on January 3, and now look. The town has gone absolutely nuts.

Our opponent is the fearsome Boston Bruins. Some sports writer described the match-up as Cinderella against Godzilla. Boston won the first game but the Blues were victorious last night, winning in overtime. I will be in Boston on the day of the fifth game, June 6. If I wear the appropriate hat, would the locals beat up an old guy with a cane?
Posted by Bob Crowe at 12:01 AM

Not a sports fan, but this 'player' looks cool....