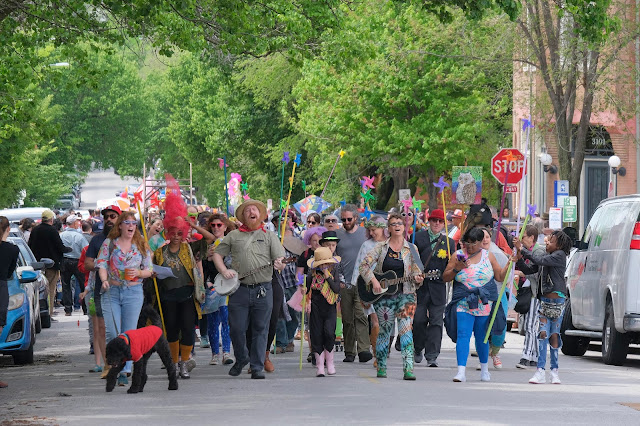 Don't know how many years it's been going on or if the Cinco de Mayo street party tacked onto it or the other way around. It's one of the reasons why I like living in STL. Some local artists cooked up an everybody-has-a-good-time freestyle parade, the People's Joy Parade. It heads east on funky Cherokee Street precisely at 1:11 PM (no idea why but it's a tradition). Nobody tries to sing Beethoven, which would be great for the theme except you can't march to it. Since the occasion is loosely Mexican, everyone strides off to Cielito Lindo.

The cast of characters is engaging. We will meet more of them. 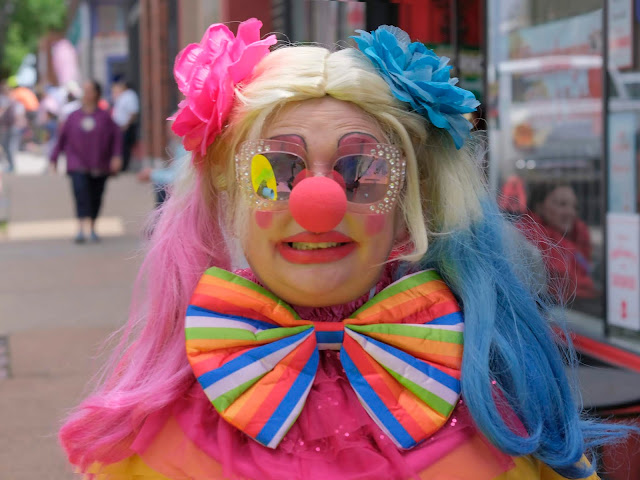