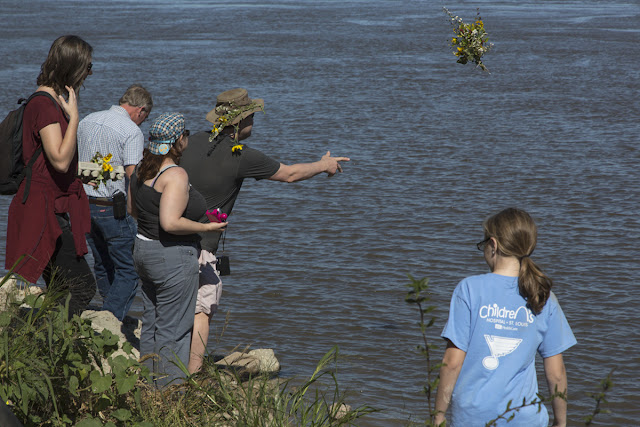 1.  When I was a senior in high school in The Bronx in the spring of 1967, I had made the decision to go to St. Louis University (heaven knows why). Hanging around the school library, I pick up a then-popular folk music magazine called Sing Out. My eye was caught by a column by the blues harmonica player Tony "Little Sun" Glover. The title was Ten Best Things To Do When You Got The Blues. At the end of the list, Number 1 said piss in the Mississippi. It'll give you a feeling of immortality. So as soon as I got here...

2.  Many years ago Mrs. C and I visited Varanasi, India, what the Brits used to call Benares. It's the holiest city in Hinduism. A guide took us to the banks of the Ganges before dawn. He hired a little rowboat and gave us each a waxed paper cup with a tiny candle. As we floated out into the stream the sun rose over the opposite bank. The idea was to send your candle down the Ganges and say a prayer. I thought of my children.

Each year Artica has a parade down to the edge of the Mississippi. People do their own version of the same thing. 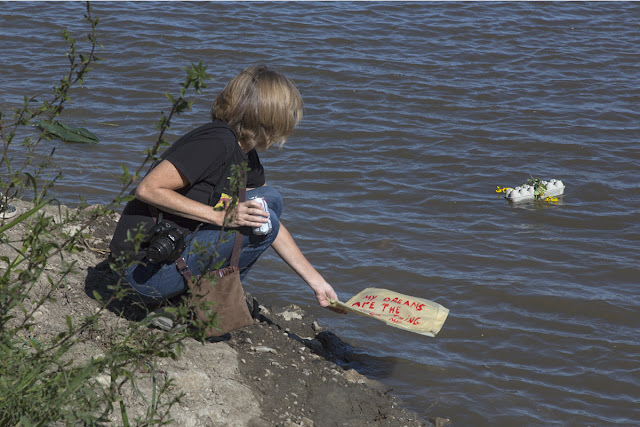 The latter tradition's much better!