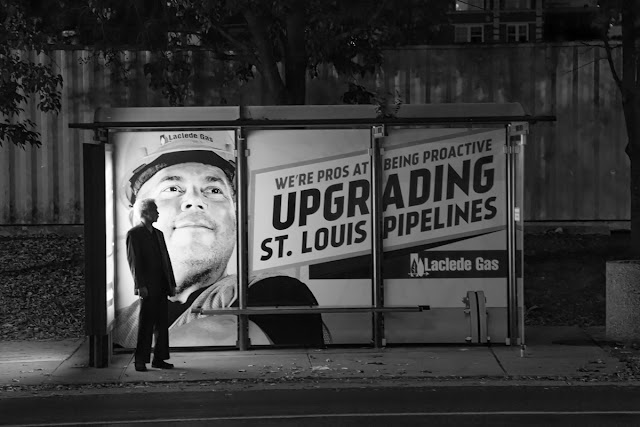 A bus stop on Lindell Boulevard at Euclid in the Central West End last night. I went to  shoot at the outdoor Halloween party in Maryland Plaza but headed back to the car when it became too crowded to move. This was a bit of luck found on my way.

We'll have some Halloween pictures starting tomorrow to carry me until I get to Seattle this week.

By the way, Pierre Laclede was the French trader who founded St. Louis in 1764.
Posted by Bob Crowe at 9:56 AM

It reminds me of a scene that you would see from the 1940s. Looks great in black and white.

Yes, it does seem a throwback to the past.