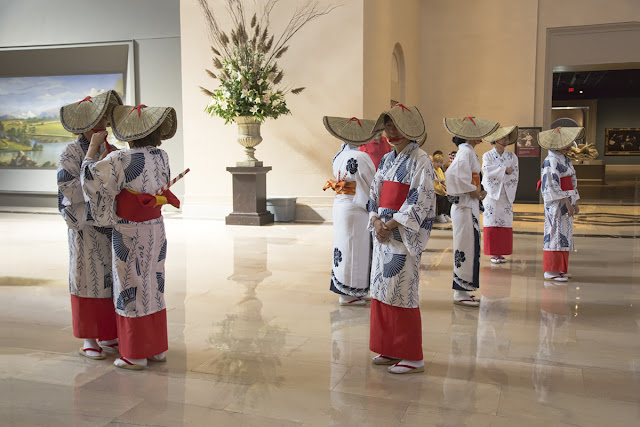 Anyway, the title means hello or good day in Japanese. The St. Louis Art Museum has a special exhibition going on called Conflicts of Interest: Art and War in Modern Japan. I think the beginning of the title is a pun. It's about art, propaganda and illustration during Japan's military conflicts from the 19th Century to World War II.

The museum held an event recently with Japanese-themed activities. These women are preparing for a folk dancing demonstration. I thought it was a bit staid but those gorgeous kimonos and the crimson obis with a dash of yellow at the back were stunning. 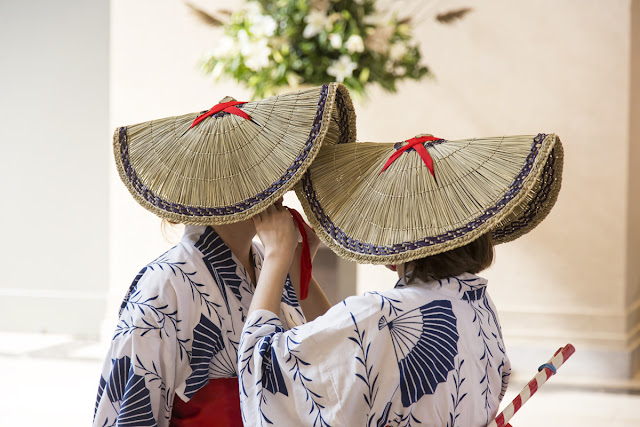 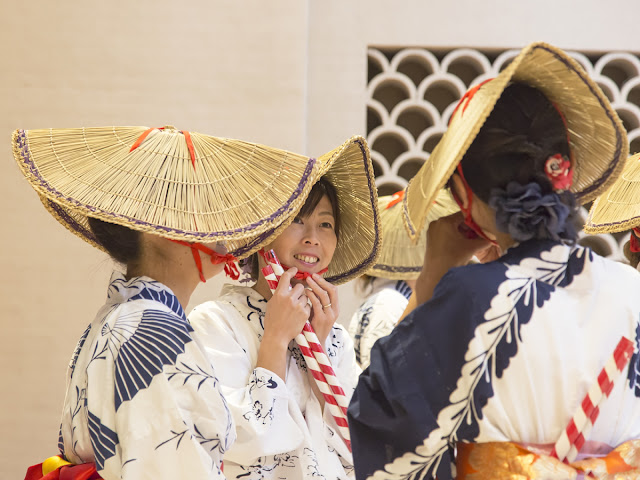 Nice shot! You captured the beauty of the kimonos.