Chill Out Or Warm Up 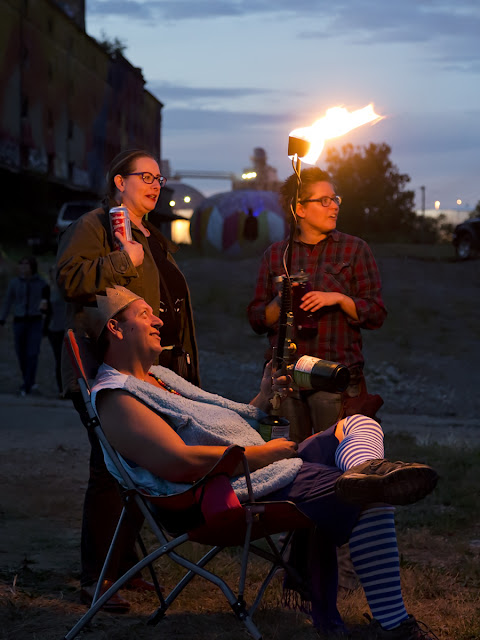 Things don't really get going at Artica until after dark. I've never stayed that late due to family demands. But Sunday night Mrs. C went to a debate watching party (the horror) so I was on my own. I stayed late.

The crowd doesn't really roll into this event until dusk. They set up little camps, waiting for the pyre that ends the event. Some bring props. This is a propane torch that can erupt at the push of a lever. More about the fire soon.
Posted by Bob Crowe at 12:01 AM

A debate watching party.. I hope there was lots of wine Mrs C 😀 You caught a super shot here Bob, there's a sense of anticipation about it!

I'll be building one of those "poofers" someday soon myself! Why? Because I can...

This looks a lot more interesting than that debate was.

I would skip that debate watching party too :) I like the light in the photo, they look like something is going to happen.