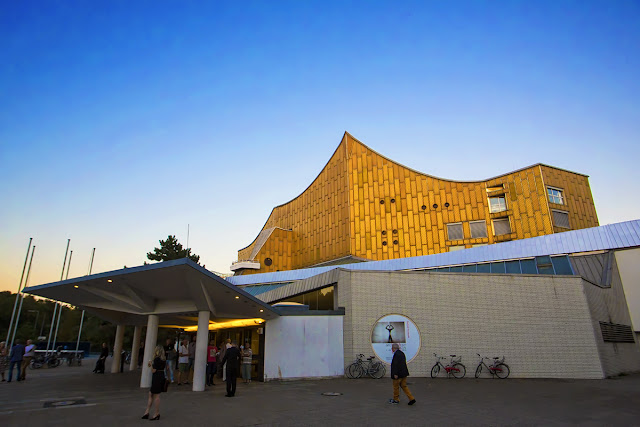 My wife and I have been subscribers to the Saint Louis Symphony Orchestra for something close to forty years. My father's boss was on the board of directors of the New York Philharmonic and I had the privilege of attending a number of times as a child. When I got bored with rock and roll in my early 20s, this was the direction my interests took me.

We attended a performance of the Berlin Philharmonic Thursday evening, the stuff of legends in my head. The ghost of Herbert von Karajan stalks the halls. He would not have approved of the program: American Composer John Adams conducting his own work. The first half was from the 80s, Harmonielehere. We've heard him conduct it in St. Louis. A fair amount of the audience left at intermission. They missed the brilliant second half, a symphony - violin concerto called Scherezade.2.

Attending this performance was a big deal to me. 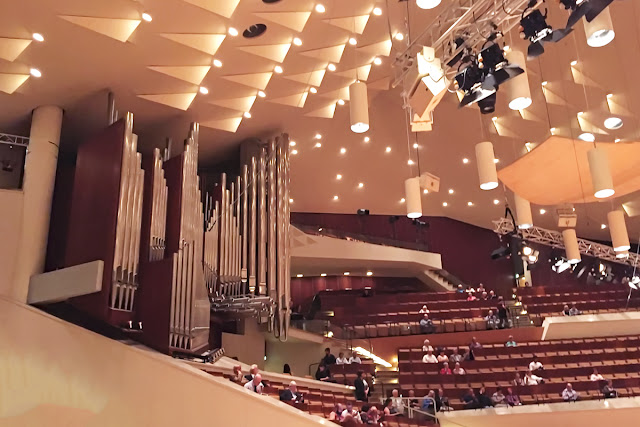 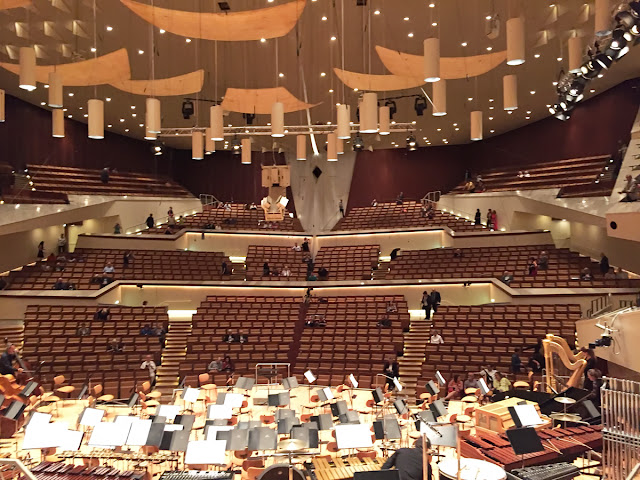 That must have been great fun, Bob, though I am not a John Adams fan and might have led the crowd out.

Yes they are playing in the building made by Hans Scharoun. Glad you enjoyed it.

That must have been very rewarding. They certainly have a beautiful symphony hall.