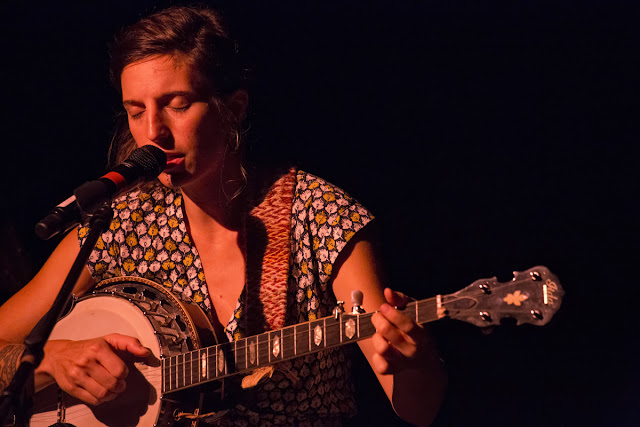 This show had its charms but was a bit off my wavelength. Who these people are isn't very clear from the Festival program. I think the small group of people call themselves Rusalka. The meaning of the term The Selkie and the identity of the principal performer is not at all clear. The group is from Ashville, North Carolina, and had Appalachian themes woven into the music, most of it in minor keys.

The interesting touch was the shadow puppet show that was part of the performance. It was mysterious and suggestive, not at all explicit. It reminded me of writer Archibald MacLeish's line a poem should not mean but be. 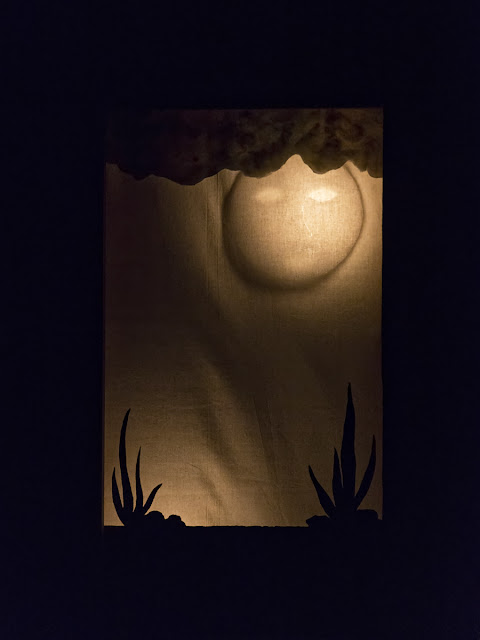 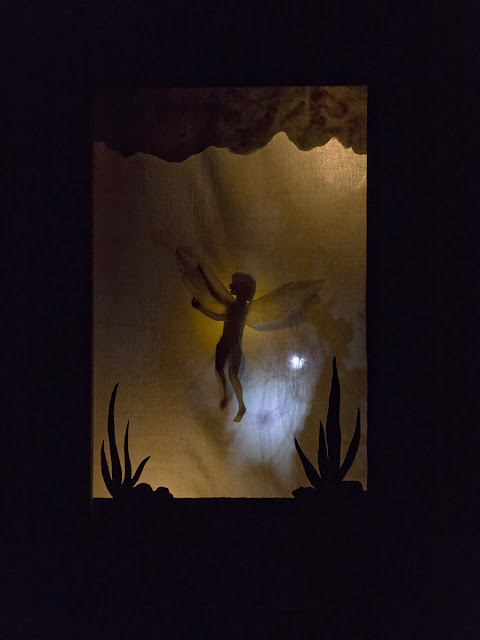 If I recall, selkies are mythological creatures who live in the sea as seals, and can become human on land. It comes from the Scots and Irish influences.