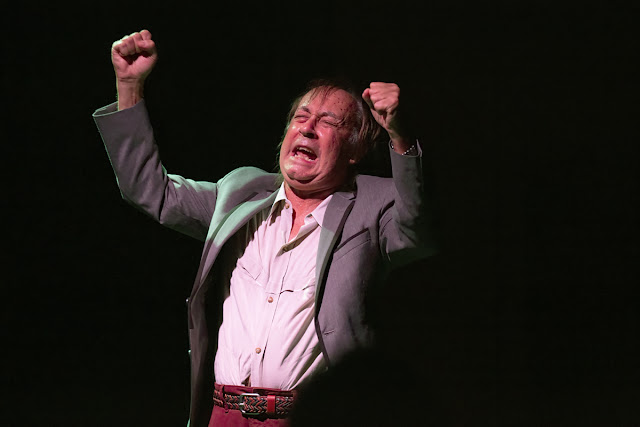 This was a one act, one man play called Product. The name of the actor isn't in the program but I think is was Joe - something Irish. Maybe Murphy. The character (he's got some Willie Loman in him, I think) might be an independent movie producer. He's trying to pitch a Hollywood money person on his new concept, a film as yet unnamed. A beautiful American woman falls in love with a mysterious neighbor. She marries him, only to find out he is a Jihadi warrior bent on destruction of the U.S. Lots of his terrorist friends show up at their home. What should she do - betray her country or the man she loves?

Or something to that effect. The actor rages, cajoles and pleads with moneybags. Nothing gets resolved. Nothing really ever does, does it? 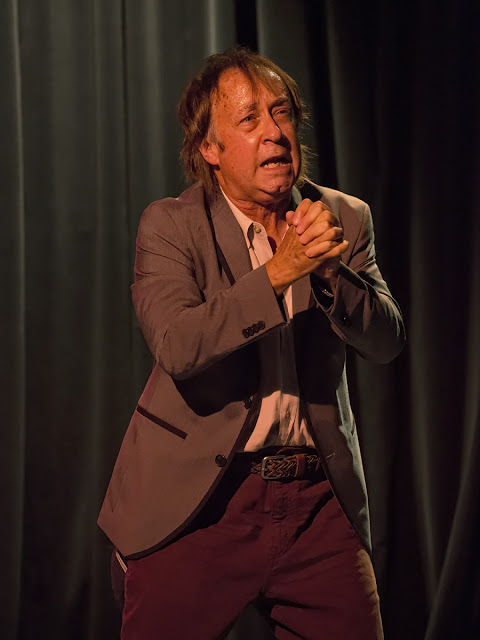 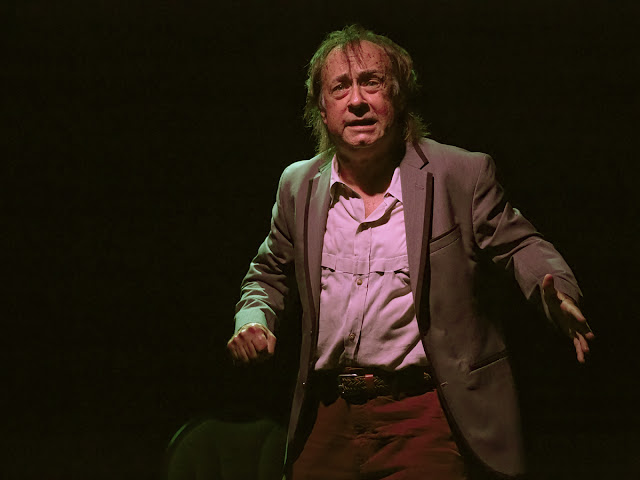 What an expressive face!

Looking back you've covered the Fringe Festival excellently Bob, despite the fact that you've been snowed under with work! Enjoy your break, relax.. if you can 😊