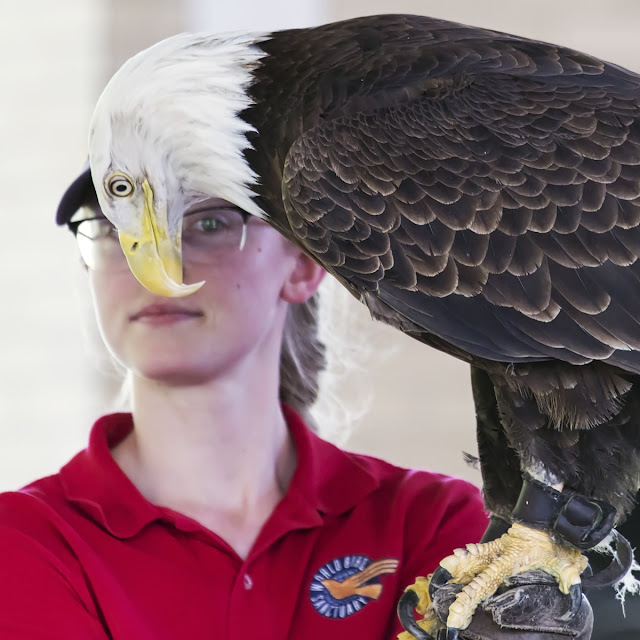 All Americans know that the magnificent bald eagle is a national emblem. A few of us know that it just barely won the contest. The much-respected Benjamin Franklin argued that our national bird should be the turkey. It's a good thing he lost the debate. Images of turkeys would be much less impressive on warplanes and tanks.
Posted by Bob Crowe at 12:01 AM

Wow! What an amazing bird. They really are much bigger than you think.

The Eagle is a magnificent predator Bob but right now with all the support Trump seems to be gaining a turkey might be more appropriate :)

Great photo! Beautiful bird. Yeah, a turkey would not look to good.

Eagles are so magnificent! A turkey as our national emblem--well, Grace is right. With a turkey in the White House, the jokes would have written themselves.

What a magnificent bird. We do have them here in this part of the continent, but I've not seen one.

Even Franklin could be wrong from time to time.

LOL...you are so right! Fantastic photo of this gorgeous bird.

I would have to agree with you on that one Bob. Very impressive birds they are.

This is an odd way to show the eagle.