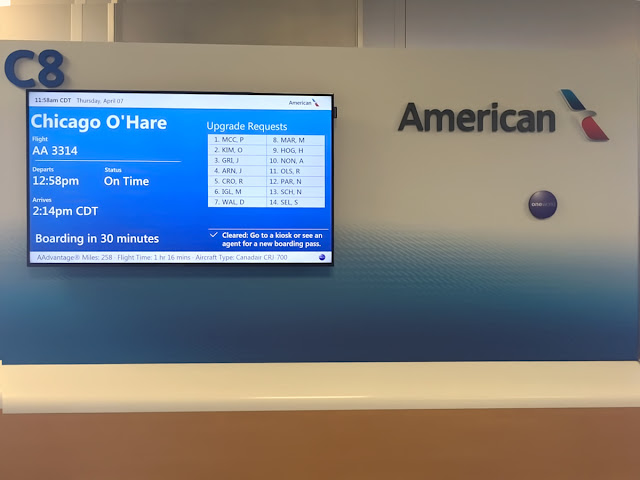 Well, not exactly the last flight. We will be changing planes at O'Hare as long as we fly American, which is what we mostly do. But this is the last trip to Chicago for the foreseeable future.

My older child went to college here in 1994. The second one followed four years later. (There was a time when I wanted a bumper sticker saying "My Money And My Children Go To the University of Chicago.")  She came back to St. Louis. He stayed, got a graduate degree, a couple of different jobs, a wife and a baby. We would come up to see them whenever we could and I used to have occasional business here (not so much now). I've probably been here 50 times in the last 21 years.

My son and his family are about to move to central Michigan, the small town where his wife grew up. They want to decompress and raise their daughter somewhere less intense. I'll see them this weekend and then there won't be more reasons to come. I've learned the city pretty well and come to enjoy its vigor. I'll miss it. This makes me feel a little sad.
Posted by Bob Crowe at 8:09 AM

That's a good reason to want to get away from Chicago.

I made some friends there when I worked there for a while so I go every now and then to visit. Hopefully, I'll be going in May sometime. I do love the energy of the city.

It is hard not to miss Chicago. A great city.