Let's Ease Into This 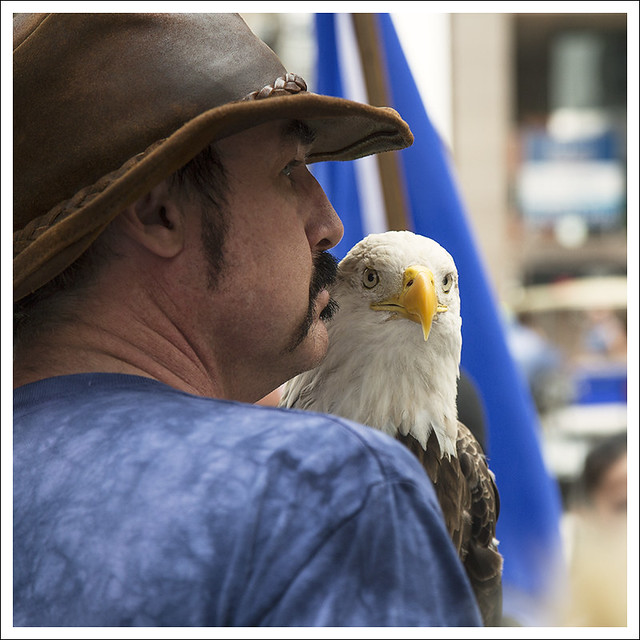 I spent hours on Sunday shooting the Pride Parade, the most colorful photo op of the year in The Lou. The mood was exceptionally exuberant in light of last week's Supreme Court decision. There were some people who were really out there.

Easier to get into this gradually. Someone was standing on the sidelines holding the world's calmest raptor on one of those big leather gloves. Of course, it is an American symbol of freedom.

By the way, note the bird's eye in the second photo. Does anyone know if they have some kind of odd ocular membrane? 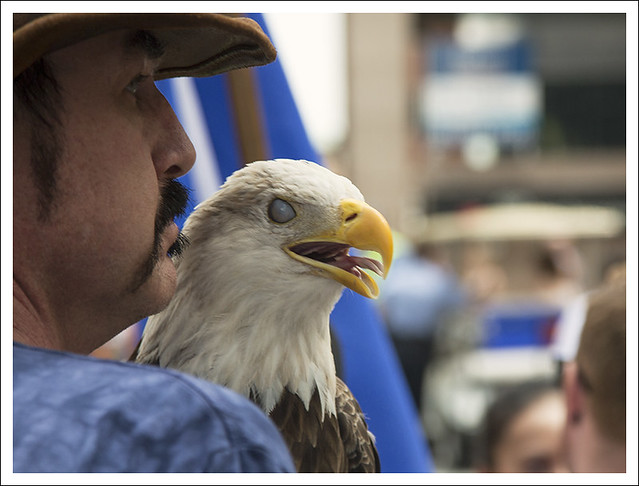 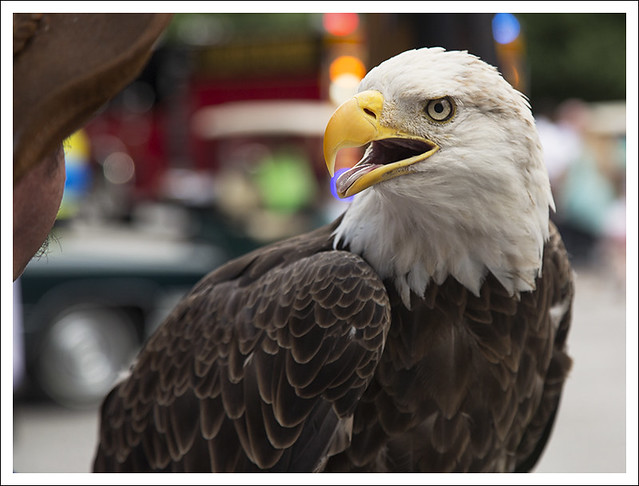 These are beautiful Bob.

Fab shots of the powerful eagle, I have seen that 'film' come over in some of the bird shots I've taken also Bob, not sure why though?

Beautiful captures. They must have that- it's the only way to explain that second shot. I imagine it might have something to do with protecting the eyes during flight, or maybe if they're dipping into water?

What you have captured is the nicitating membrane, a third eyelid found in some animals. William is correct in that its purpose is to protect and lubricate the eye while moving quickly through air. Most dogs have them, but one must look quickly to see them in action.

Even american freedom can close an eye sometimes. Must by a lawyer to proof it of course.

Giving everyone the BIRD... in a good way.

Great bird and photos, and thanks to John for the explanation.

This is the kind of bird I love to get!