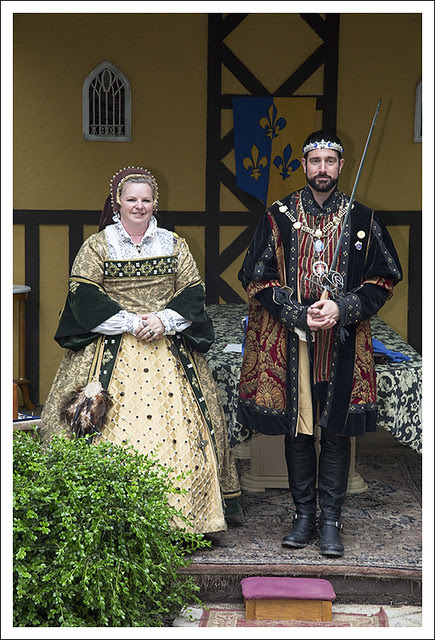 So, this was supposed to be Lyon in 1518. Who was in charge? I don't have my kings of France memorized, much less the presidents of the United States. Well, Google and Wikipedia to the rescue. The monarch would have been François Ie.

The king and queen always preside at the Renaissance Faire, appearing at special occasions. One of the nice things their majesties do is spend some time in the children's area, knighting any tyke that was up to the challenge. I would have been thrilled if I were that age. 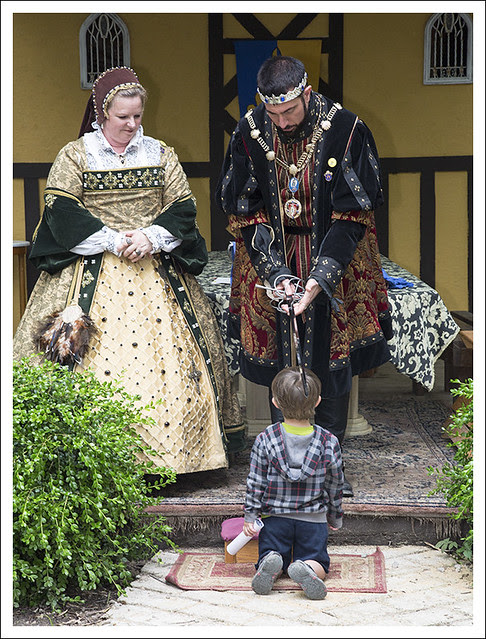 François 1er. And Lyon already belonged to France unlike quite a few other regions. Brittany for instance was an independent duchy until 1532.
I've always dreamt of dressing like that as a child!

Bob, this is way to cute.

For several years I was king in an annual church pageant (because I was the tallest and roles were given out based on who fit the costumes). I never got the opportunity to knight any kids. That would have been fun.