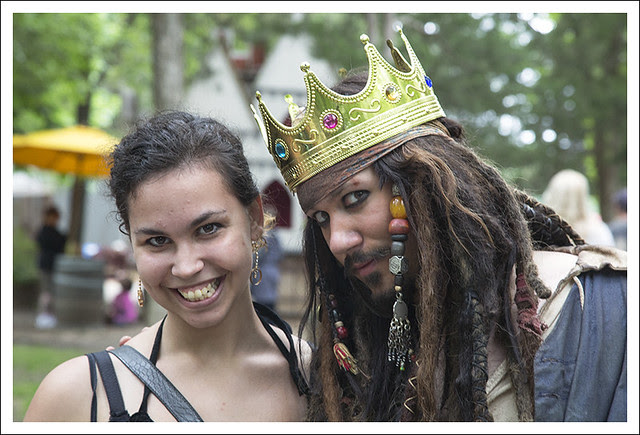 I mentioned that the Renaissance Faire takes place on the edge of the metro area. The town is named Wentzville. It's best known for a major highway junction, a huge General Motors plant and endless, soulless strip centers. To their credit, though, they have a park large enough to hold this event.

For the last couple of years they've had a man wandering around who does a spot-on impersonation of Johnny Depp's role as Captain Jack Sparrow in the Pirates of the Caribbean series. He's a chick magnet. Probably has experience as a model, too. Always keeps his eyes on the camera.

This has been an awful week at work but now it's break time. Up to Chicago this morning - our son gets his second masters degree tomorrow. This one is in education; the other was computer science. Mom and dad are pretty proud. 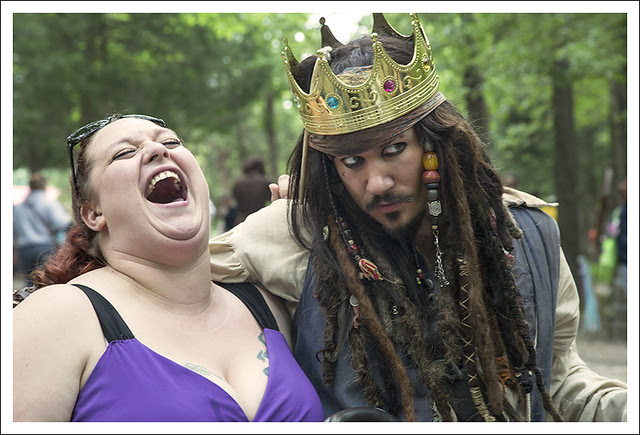 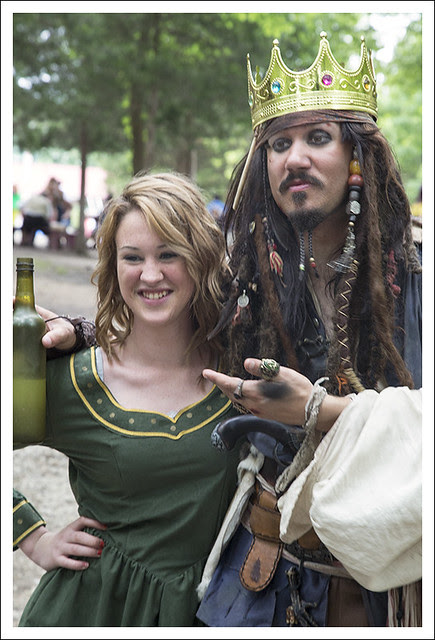 Congratulations to your son -- and to you and Carolyn -- on your son's accomplishments.

My father and i were the slackers of our family, as my mother and brother each got two Master's degrees (and then each when on for a Ph.D., and their 4 college degrees beat me by one and my dad by two.

I guess that is a fun gig. Pretending to be a character from a movie, I think I only saw the first pirate film.

Congratulations to your son!

And this fellow does look the part!

Congratulations to your son! Two graduate degrees represents a pile of work.

He definitely does have the look of Captain Jack!!!